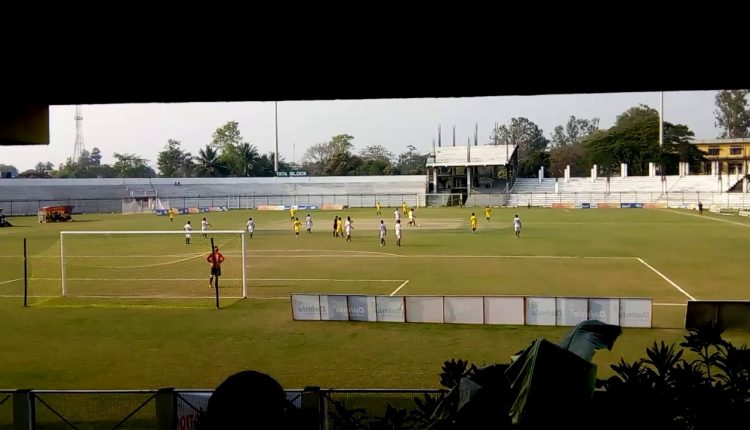 The Corona nightmare doesn’t seem to stop anytime soon. Although the rate of daily Covid positive cases has decreased in the last few days, the death toll continues to rise. The situation in Silchar is also taking a terrible shape. In the last few days alone, the rate of corona infection has plummeted in this region. And along with that, the death procession is also continuing to move on. All in all, the situation is not safe at all. During such a critical situation, when people are struggling to even survive, it is a crime to think of sports. So at the moment, Silchar District Sports Association (DSA) is not thinking about any sport at all. The biggest task at hand right now is to survive at any cost. However, in the meantime, the local footballers are still clinging on to hope, which is that one day the country will overcome this crisis, and along with that, our Silchar too. And then perhaps the football season of Silchar will start once again.

Last year too, the entire season got cancelled due to the Corona pandemic. The footballers had to spend time sitting at home in the lockdown. This time too the situation is not at all good. The DSA started the football season this year with the Samayik Prasanga women’s football. The inter-club transfer was supposed to be held during the first week of April. After that, the DSA was preparing to organize any tournament starting from the last week of April. However, in the first week of April, the DSA was forced to move away from its previous plan due to a steep increase in the rate of corona infection in Silchar along with the rest of the country. Then they decided to wait a little longer. They were still hoping that the inter-club transfer process could be arranged if the rate of infection faces a drastic fall. In that scenario, the Super Division League could have also been organized. But Corona has put a brake on everything.

The Silchar DSA has locked its gates due to fear of the Covid-19 virus. And there is no guarantee as well as to when it would be unlocked. Only when the situation gets normal, will the players be able to enter the SM Dev Stadium once again. But when will that time come? No one has the answer yet.

The biggest concern here is that if the situation does not get normal by July, then the football season will come under a big question mark. Truth be told, the fate of the football season is still hanging by a thread. According to the rules of the Assam Football Association, the inter-district transfer is expected to be completed by May. But due to the Corona pandemic, the AFA has also postponed it. And that could work as a lifeline for Silchar’s football season. The AFA is unwilling to make any decision as of now, rather they want to play the waiting game. Judging by the situation, the Assam Football Association has planned to make a final decision on the football season this year.

If the situation gets normal in September-October, the Silchar DSA could start the football season then. However, in that case, it might not be possible to organize all the tournaments. In that scenario, all the tournaments could be held in the knockout mode devoid of league based tournaments. According to the rules of the Silchar District Sports Association, it is mandatory to organize four tournaments. It is very important to organize A, B and C divisions along with the Super Division league because promotion and relegation depend on it. Last year the whole season got cancelled, hence there was no issue. However, if one tournament is held, the other will have to be organized by the Silchar DSA too. So even if the season starts, it remains to be seen in which way the administration organizes the tournament this year.