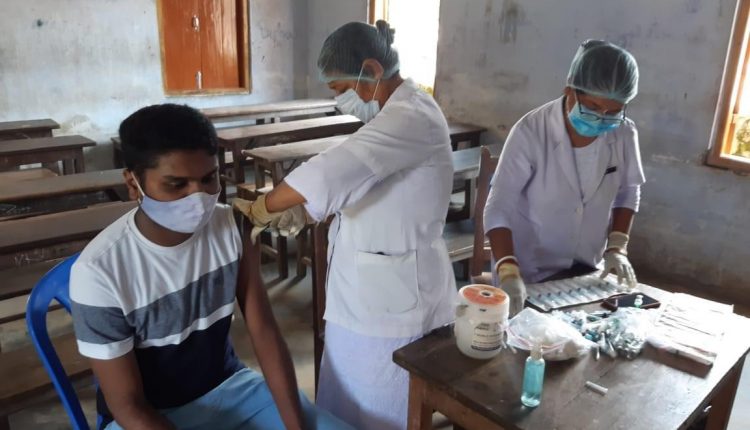 Silchar is one of the worst-performing cities in terms of vaccination and Cachar is inoculating fewer doses than most other districts including Karimganj. The abysmal performance is due to the unscientific and undemocratic supply of vaccines. For a far higher population, Cachar gets a lower supply than most districts in the state. The undemocratic distribution was evident from the very beginning and the silence fuelled it further.

Yesterday, the district administration informed that today, (July 19) there won’t be any vaccination in the Silchar town as they do not have the stock. There wasn’t any vaccination on Saturday either and a handful on Friday, less than a thousand on Thursday. The vials reach Guwahati which the Department of Health receives and then the Director, Health Services’ office, distributes the doses to respective districts. A couple of days back, Health Minister of Assam, Keshab Mahanta informed on Twitter that the State has received one lakh doses of the Covishield vaccine.

Dr. Rima Patoa, in charge of vaccination in Silchar urban, informed that tomorrow the urban areas will inoculate beneficiaries. “It all depends on the number of doses available with us. We have received 1000 doses today, so, we will start vaccination tomorrow. How long it will continue will again depend on the supply of the doses,” added Dr. Patoa.

What is worth noting here is that, while Cachar gets only 1000 doses, Kamrup Metro, which has a lower population inoculates around 10,000 a day. “Cachar proved in the past that the staff here have the capabilities to inoculate more than 15,000 doses a day. We still remember the record-breaking week when almost every day, the district inoculated more than 10,000 jabs. So, there is no question about capabilities and willingness. The local representatives need to speak up and demand more doses for the district,” said a retired professor who is living in Silchar.

It is clear that the state government does not consider vaccinating Cachar as a priority instead, it prefers to clamp stricter restrictions like curfews and disruption in economic activities. The shops in Silchar need to shut at 1 pm and movement is banned between 2 pm and 5:00 am. These restrictions are also stricter compared to Kamrup Metro which reports more cases. What remains as an astonishment is that there is hardly any resistance to the open and constant discrimination.