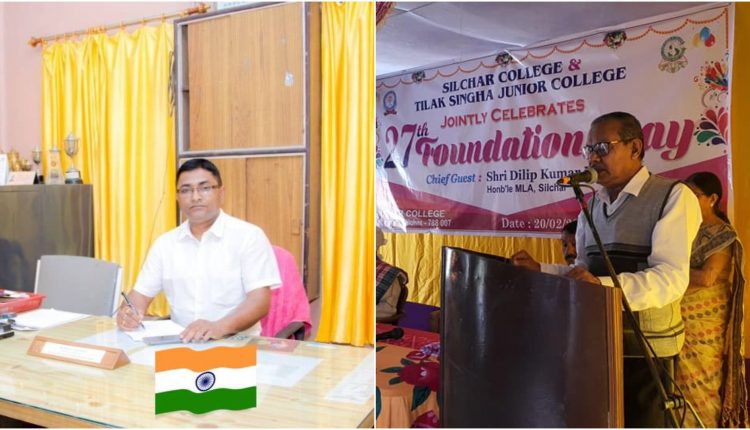 Silchar will be a tough fight for BJP; Dilip Paul responsible for losing his ticket: Kabindra Purkayastha

A father-figure or as the BJP recognises him ‘Markdarshak’, Kabindra Purkayastha had called for a press conference at his residence in Silchar on Sunday. The party’s general secretary Arun Singh, recently announced the first list of candidates who will contest in the upcoming elections to the Assembly.

On that list, the son of former union minister – Kabindra Purkayastha, Kanad Purkayastha did not find a spot. This has irked the party’s founding father in the Northeast. “Not because he is my son, but because he deserves to get a ticket, I had backed him this time. I was even promised that he will get the ticket. However, it did not happen which means those were fake promises,” said the BJP veteran.

He went on to blame Silchar MP Rajdeep Roy for his son’s snub. Roy however, did not retaliate by countering the senior party man. Instead, he said, he has immense respect for a father figure like Kabindra Purkayastha. (You can read the detailed coverage of the press conference here)

Amidst all of that, when the party veteran was asked about his view on BJP’s chances in Silchar constituency in the upcoming elections, Purkayastha replied, “With Tamal Kanti Banik contesting from Congress, Silchar will become a tough fight for BJP.”

He went on to say that Tamal Kanti Banik would not have contested the elections against Kanad Purkayastha. Now that Kanad has not got the ticket and Tamal is contesting, it will be tough for BJP’s Dipayan Chakraborty.