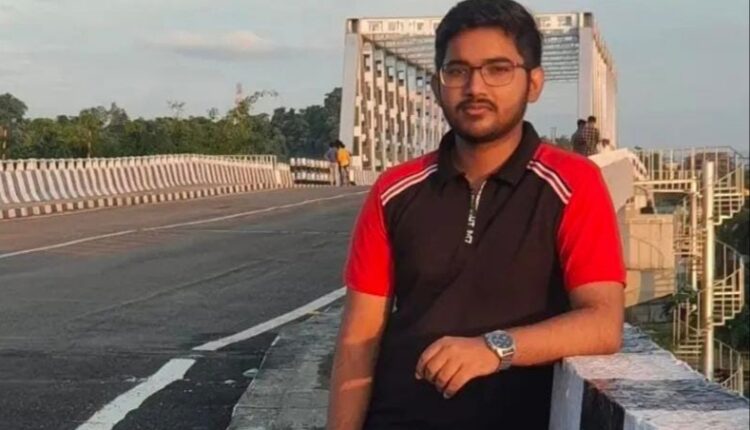 Silchar’s Diptarup Das has secured the All India Rank of 1063 in the NEET UG examination and is the topper in the district. He scored 675 out of 720 in the premedical entrance for admission into the medical colleges of the nation. The results were declared yesterday and this has certainly made Diptarup and his family euphoric. Diptarup was a student of Maharishi Vidya Mandir Silchar and just like NEET, he has performed exceptionally in the boards and JEE as well.

“It really feels great to see this rank”, says Diptarup, “I feel my two years of hardwork has paid off”. Medical was not his target until class 11 and he had some inclination towards engineering but later Das found his real interest in Biology and towards the medical sciences field. He aims to get his seat in AIIMS Rishikesh or AIIMS Raipur with his rank this year. Even with AIR 1063, Diptarup seems to be disappointed and when asked he said, “We were supposed to get 5 bonus marks as there was one wrong question in the examination and after receiving the answer key, I challenged the answer as well, but nothing happened. I am disappointed because if I got that 5 marks, my rank would be around 600 and I could get into my dream medical college, but now I have made peace with that as well”.

17-year-old Diptarup gave his first attempt this year and was able to crack the exam with a great all-India rank. About his preparation and strategy, he said, “I mostly prepared from NCERT for Biology and Chemistry. I went word by word through these two books as many times as possible and for Physics, I referred to the class notes and coaching material because Physics needs practice. I solved as many questions as possible for Physics”. Diptarup had also joined a coaching centre in Silchar about which he said, “It helped me a lot as the teachers were very supportive and they were the best in the subjects they taught and without their help, it would not have been possible”.

The young student who also cracked JEE with a 99.4 percentile shared his daily routine with us. He said, “I studied for 8-10 hours daily and due to the COVID pandemic, my school was off which gave me sufficient time for self-study. I woke up early in the morning and sat at my study table and got up only when I felt burnout or fatigued. Other than that I also had coaching classes 4 days a week and mock tests every week which helped me with my preparation”. Other than JEE and NEET, he also managed to get 98.4 percent in the 12th boards.

Diptarup’s success in the competitive exams has certainly made his parents happy. Diptarup said, “The credit for everything goes to my parents. They were extremely supportive of my decisions and they are quite happy to see this rank. Initially, we were all shocked to see a rank beyond one thousand which happened due to that 5 marks but gradually we accepted the fate”. He also gave credit for this to his teachers, who he said were there with him both at his lows and highs equally and they helped him prepare well for the exams.

It gets difficult to prepare for three exams at once and managing both school and coaching is also not easy, Diptarup has also talked about his challenges and said, “Managing school and coaching was tough because there were exams both at school and coaching. At times I got really low scores in the mock tests which would disappoint me but again I had to motivate myself and get back to my studies and there was no time to lose”.