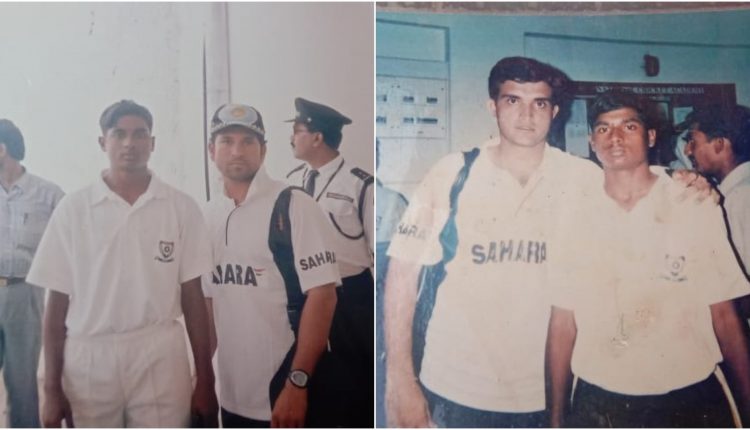 Not only in Silchar, but in the entire Barak Valley’s cricket history, Prakash Bhagat is a renowned name. One of the star performers of his time, left-arm spinner Prakash Bhagat has had a successful but curtailed career. Cricket has always been a wonderful game in India, but not always it gave fame. Bhagat belongs to the pre-IPL era where fame meant a spot in the Indian team. That is, one has to get picked in the eleven out of a billion. Those who understand cricket, still recognise Prakash Bhagat as one of the best that Cachar district has ever produced. But their recognition does very little in the struggle to earn a loaf of bread for the family.

Prakash Bhagat sits at a roadside stall with his mother and sells fast food. He does it to run his family. The Itkhola, Silchar resident hails from a “not-so-privileged” family and dedicated his whole childhood to master his cricketing skills. Often in sports stories and programmes, we see “Road to glory” but in Prakash Bhagat’s case, here is what brought him to the road to start a stall.

In 2003, Prakash Bhagat got a call from the National Cricket Academy (NCA) on the back of his outstanding performances at Under 17, Vijay Merchant Trophy. He played wearing the jersey of Assam and in the match against Bihar, he picked seven wickets including a hat-trick. Team India was preparing for the New Zealand tour and Sourav Ganguly’s men were training hard to tackle Daniel Vettori – one of the greats to have played the game. Ganguly wanted left-arm spinners identical to Vettori to bowl to him and his peers – Rahul Dravid, Sachin Tendulkar, VVS Lakshman…

Murali Kartik was one of India’s options at the nets but he got injured and the opportunity opened up for Prakash Bhagat. He flew down to the National Cricket Academy, one of the few memories that still bring smiles to his face. “I will never forget my experience of bowling to Sourav Ganguly who had hit two huge sixes to me but also was eager to face the challenges I’d put forward with my bowling. He gave me many tips too,” recalls Prakash Bhagat. Not only Ganguly, but Prakash Bhagat also carried Cachar as a badge of honour as he shared the NCA with other legends of the game.

Prakash Bhagat’s cricket career started in 1999 at Silchar District Sports Association’s Under 13 tournament. He came in as nobody and by the time the tournament got over, Prakash Bhagat was the “emerging sensation” the cricket fraternity talked about. He soon bagged a berth in the under 13 district team and then in the under 14 State team. That marked his debut as a State cricketer.

Till 2009, Prakash Bhagat represented the Assam Cricket team at different levels. He was an integral part of the Under 16, Under 17, Under 19 and Under 22 teams of Assam at that time. His consistent performances in different levels got him the place at Assam’s Ranji Trophy team. 2009-10 and 2010-11, Prakash Bhagat, the left-arm spinner from Silchar’s Itkhola, played in BCCI’s top domestic competition. He was in the squad for Syed Mushtaq Ali Trophy too. 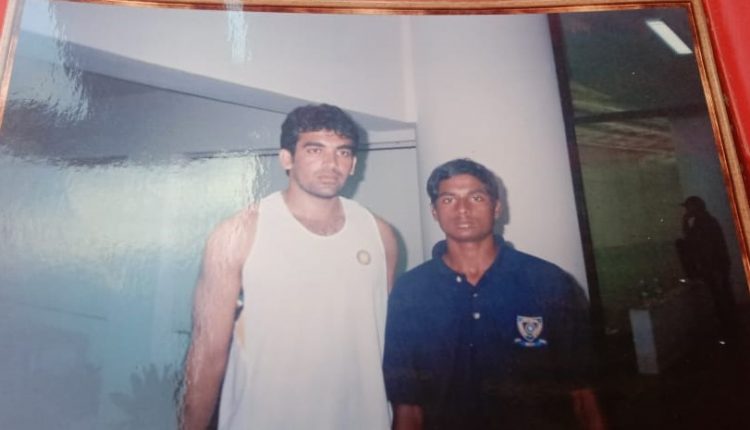 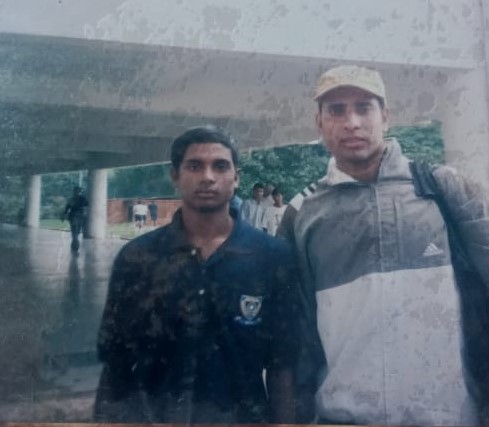 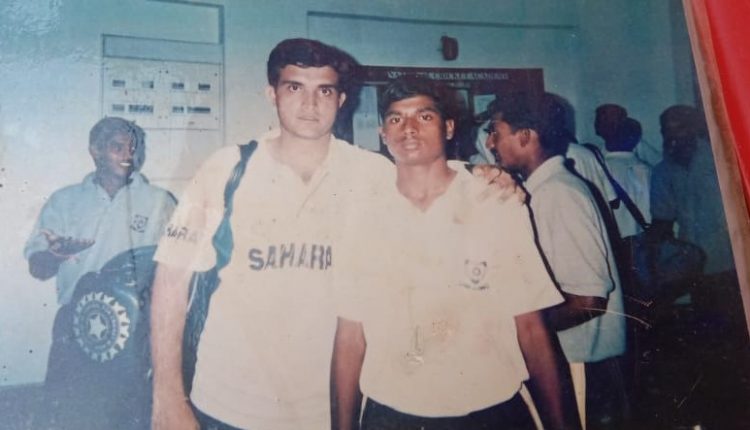 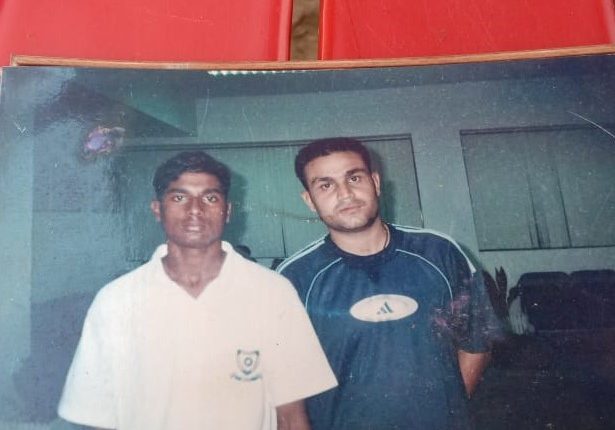 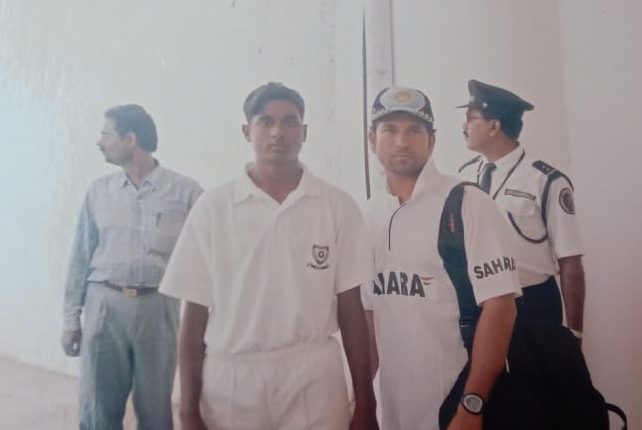 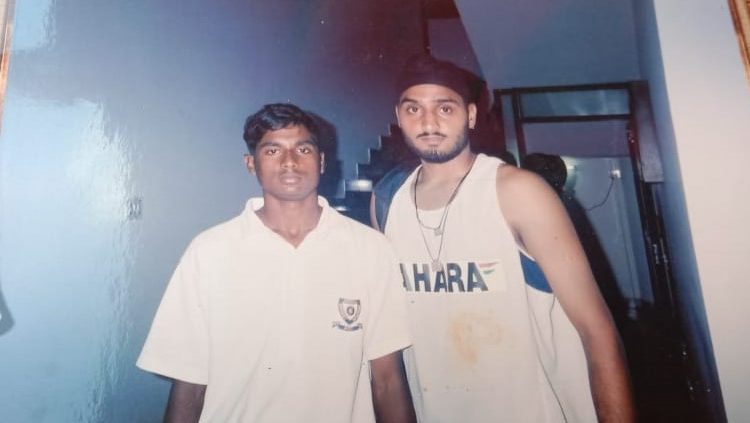 In 2007, Prakash Bhagat made a name for himself and Silchar in the State’s cricket history book. Silchar became the Champion of Nuruddin inter-district cricket championship under Prakash Bhagat’s captaincy. In fact, under his leadership, Silchar played the finals of inter-district tournaments four times, which in itself is another record.

But records of the fields and headlines on sports pages, did very little to uplift the Bhagat family. In 2011, Prakash Bhagat’s father breathed his last and the family’s responsibilities were on his and his elder brother’s shoulder, who owns a “Chat Stall” in Silchar. In the last two years, his brother hardly had any customers as people do not prefer street foods during the pandemic. Off late, his brother is not keeping well either. Considering the current financial scenario of the family, Bhagat opened a ‘Dalpuri’ shop in Silchar’s Itkhola, the place he made proud of with his cricketing performances.

Prakash chokes as he says, “What do I say, the fact is that we have always been living hand to mouth but now it has gone even worse. Whatever we earn from the stall is hardly enough to even manage two meals a day.” He was employed at a private company for a while but the Coronavirus-induced pandemic came in the way of that too. “I was not managing to fulfill steep targets and meet high expectations and therefore, was compelled to leave the job,” adds Bhagat.

He represented the state, he brought laurels to the district. For him, the cricket field was his academy. When boys of his age were running to tuition classes he was carrying much heavier bags to the cricket ground to train and be better. It is this dedication that took away his childhood from him and made him a better cricketer in return. His services helped the State, the district, but as his feet started to tremble with age, he became a forgotten hero. “My teammates whom I shared my State team dressing rooms, most of them have already got a government job and are well-settled today living happily with their families. Whereas we struggle every day,” says Bhagat.

He recalls that once he was felicitated by deputy commissioner of Cachar, Gautam Ganguly (DC from 2006 to 2010) at his office. The then DC said that he had proposed Prakash Bhagat’s name for various jobs, but Bhagat didn’t get any. “If I wasn’t under financial pressure, I could have continued playing professionally for the district,” says Bhagat.

Despite all the woes, Prakash Bhagat says, he will never forget the contribution of two individuals. “Prakash Bhagat would have got lost in the crowd and nobody would remember the name. Whatever I have managed to attain on the cricket field, is due to great help from Bijendra Prasad Singh and Sanjeev Roy both are greats of their time,” says Bhagat.

Cachar is a huge district with hundreds of profitable businesses and thousands of government employees. Each has a corporate social responsibility towards the welfare of society. After all that he has done for the district, does he deserve to sit and sell ‘Dalpuri’ at a roadside stall? This is a question that needs to be asked and the sooner this is asked the more Prakash Bhagat’s will shine and rise from the backgrounds that are “not-so-privileged.”