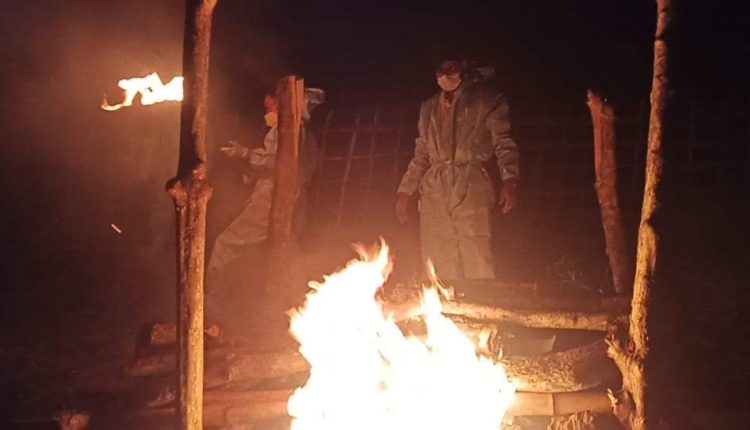 Six dead with COVID in the last 48 hours; No alarming trend but there is a rise in admissions from town: SMCH

Six died with Covid in Silchar Medical College and Hospital in the last 48 hours ending at 5:00 pm on July 17. Three died yesterday while three individuals were declared dead in the last 24 hours. Six deaths in two days at a stage when there wasn’t any death at for more than a week, has posed fresh concerns among the minds of many.

“We haven’t noticed any alarming trend which is new and could lead to this spike in the number of deaths,” said Dr. Bhaskar Gupta, Vice Principal of SMCH. He added, “However, while the wave is settling it has not settled to the extent we anticipated it to. We continue to witness new admissions and a good number of them. In fact, while we stopped getting patients from the town areas it was only for a brief period. Now again we see patients coming in to the hospital from the town parts which is a worrying sign.”

Currently, there are 75 active patients in Silchar Medical College and Hospital’s Covid block and 52 are in ICU. 5 patients are under ventilator and 62 patients are on oxygen support.

Dr. Gupta informed that 12 patients took admission to the hospital in the last 24 hours and 11 on the day before.

Experts in Silchar Medical College believe that the sudden rise in the number of admissions from town areas is due to “lowering the guards”. The markets get crowded every morning and most of the shoppers leave their masks at home. The lack of awareness is delaying the decline, is what they opine.