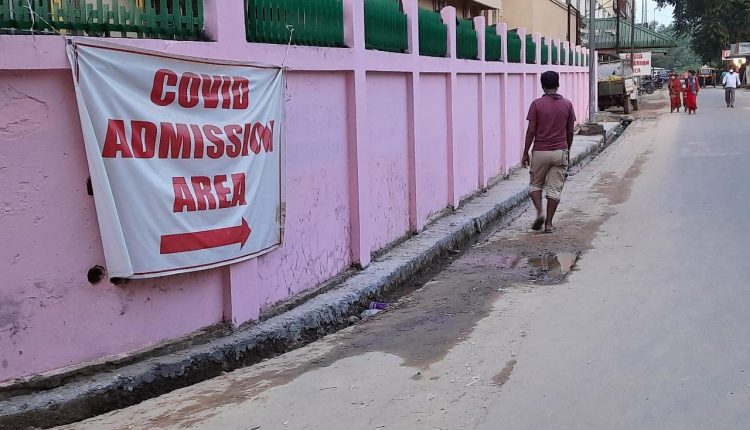 The 40-bed ICU ward will again be used for Covid treatment. Apart from that, for now, the 100-bed general ward will be used for this purpose. Also, a team of expert physicians and other health officials have already been formed, if the infection rate further increases, they’ll utilise the resources to fight this Covid battle.

The Principal of the Silchar Medical College & Hospital (SMCH), Dr. Babul Bezbaruah said that according to their estimation, this time the Coronavirus has returned stronger and more lethal. Hence, the fight against the virus this year would be more difficult than the last year.

He said, “The virus now is attacking in a stronger and faster manner, the pattern in infection is a bit different than the past cases. On behalf of the health department, many people have been administered doses of the vaccine, but people’s awareness regarding the virus has also decreased in recent times. Hence, a sudden spike in the number of Covid cases wouldn’t come as any surprise. Last year, at one point in time, we had to temporarily stop all other medical services to solely treat the Covid patients as we had no other option back then. Many people came here quite late into their ailment for treatment and some among them even lost their lives to the virus. But also, around 2000 people were cured of the virus and returned home after their treatment here. We can’t say for sure now what will happen in the future, but like last year, where the infection rate gradually piled up, if something happens to pass this year as well, we are trying to keep ourselves prepared for it. Our request to the common people is to use mask and sanitisers whenever they can to keep themselves safe from the virus. But if one notices any sign or symptom, they should get themselves tested as quickly as possible to get to know their physical status.”

Last year, initially though only SMCH provided Covid treatment, but later on, the Civil Hospitals and other government hospitals of all the three districts also provided Covid treatment throughout the crisis period. Subsequently, asymptomatic Covid patients were given home quarantine and treatment to recover themselves. But except the Silchar Medical College & Hospital, no other hospital or institutions possesses ICU infrastructure in the valley.

Once there used to be only 19 ICU wards in the SMC hospital, but during the pandemic, with the help of the PMcare funds, the infrastructure of the ICU ward consolidated itself to its present state of 40 wards. It was inaugurated by State Minister Himanta Biswa Sarma, who even promised to increase the ward to 60 beds in the next 3 months. Although the work for that has started already, it didn’t progress any further. The ones who took responsibility for the work left it midway. In this context though, no clarification has been provided by either administration or the government.