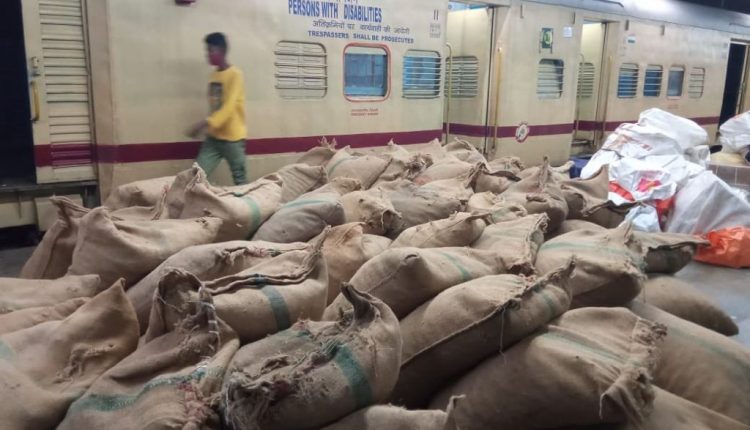 Several allegations of smuggling of illicit drugs and other goods from Mizoram via Barak Valley to other parts of the country have been heard from many corners in the past few months. Even Chief Minister Himanta Biswa Sarma came to Silchar and claimed that these traffickers had a role behind the Lailapur incident.

Although there have many controversies in the past surrounding this allegation, the fact that illicit drugs and goods get smuggled from Zoramthanga’s state through Barak Valley to other regions is evident.

Two days ago, the Railway Police Force seized a large number of Burmese betel nuts at the New Bongaigaon station. A search of the Silchar-Kolkata Kanchenjunga Express turned up 258 sacks of Burmese betel nuts. It has been learned that the sack of this betel nut was picked up on the train at Jiribam. From there it came to Silchar first, after which arrangements were made to send the sacks of betel nuts on the Kolkata-bound Kanchenjunga Express.

As a result, it has become clear as a day from this incident that there are attempts to smuggle various goods from Manipur through Barak Valley to several parts of the country.

Meanwhile, 2.5 lakh Burmese mosquito coils were seized from the Dwarbond area on Tuesday night. In this connection, the Police have arrested the driver of the vehicle as well.

According to the Dwarbondh Police Station in-charge Nirupam Nath, 51 cartons of Burmese mosquito coils were seized in a search of the vehicle detained at the local market in Dwarbond. When asked, the driver of the vehicle could not show any documents of the goods in possession. Hence, the police arrested him. The name of the arrested driver is Ekbar Hussain Laskar (25), a resident of the Dhalachhera area.

According to the police, they were told that the driver loaded the goods in his vehicle in Mizoram’s Vairangte area. There’s a ferry way connecting Bilaipur with Vairangte, and through that route, they brought the goods to Dwarbond.

The police believe that the traffickers are looking for alternative safe routes as security has been ramped up after the July 26 incident in Lailapur. That is why the ferry route of Bilaipur was used. The Police suspect that there may be a further possibility of drug trafficking along this route after the incident on Tuesday night. They are continuing the interrogation in this regard, and are also checking whether the traffickers are using any other route like the Bilaipur one.