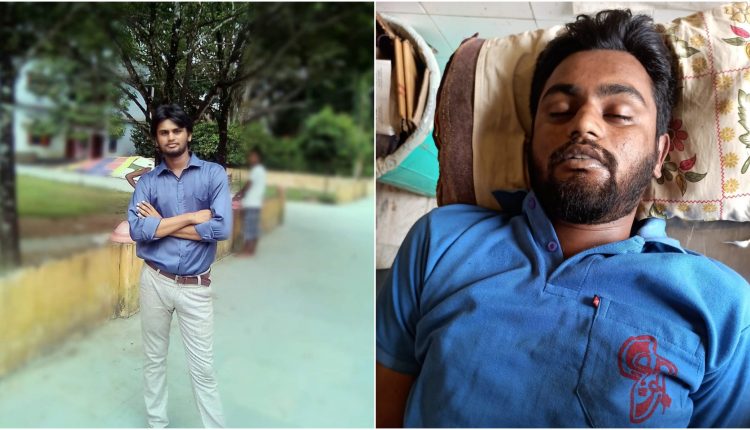 In a sad turn of affairs, 24-year-old Biswaroop Bhattacharjee succumbed to a cardiac arrest earlier today at around 12:30 PM. Public School Road Silchar resident Biswaroop Bhattacharjee was associated with several social and cultural organisations and was actively involved in socio-cultural activities. Today morning he volunteered himself in cultural organisation Rupam’s rally to mark the beginning of the drama competition in Silchar.

As per family sources, while in the procession he complained about terrible chest pain. He was immediately rushed to Silchar Civil Hospital. “The doctors there treated him, they prescribed him an injection and then advised us to take him home. After spending a while at home, he was feeling uncomfortable again and in no time lost his consciousness. We rushed him to Silchar Medical College and Hospital where the doctors declared him brought dead. The medical officers diagnosed cardiac arrest as the cause of his death,” informed a family member.

He would have turned 24 this March and the sudden demise of such a young boy has brought shock in the socio-cultural fraternity. Biswaroop Bhattacharjee’s father Biswajit Bhattacharjee who passed away last year was a teacher at Public School Silchar. His cousin, Sivashish Bhattacharjee is a journalist at Jugashanka group and veteran journalist, Tomojit (Tilak) Bhattacharjee is his uncle.

Biswaroop Bhattacharjee was the Chief Convenor and Founder of Barak Valley Youth Union (BVYU) in Silchar. It is an NGO that promises to steer the youth in the right direction. The NGO used to organise several activities to aware people of Barak Valley about the importance of the mother tongue and why one must fight to safeguard the integrity of Bengali language in Assam.