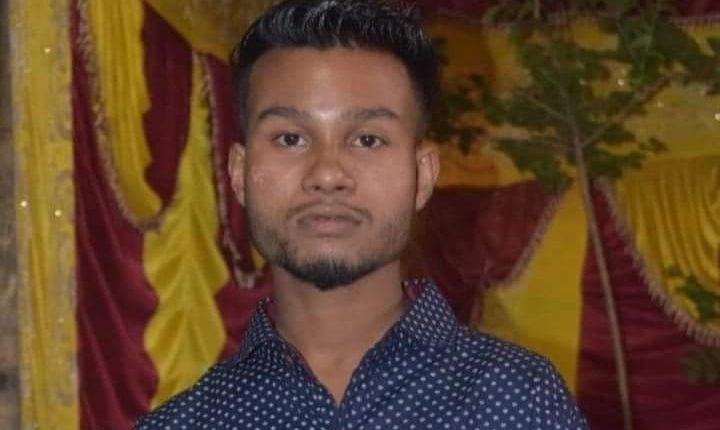 Sonai youth’s body floats; Police investigating the cause the death

Saubhik Das, a resident of Tolargram first block area of Sonai went missing from his house on Tuesday night. Later, his mobile phone and slippers were found at the immersion ghat adjacent to the Sonai Bazar. Two days later, on Thursday morning, his floating body was recovered from the river near the immersion ghat in Sonai. The death of the young man at only 22 has shaken the entire area into mourning. However, there have been some doubts regarding his death, as the preliminary investigation has suggested that the young man had jumped into the river intending to commit suicide. And this is what is claimed by the Disaster Management Department as of now.

On Thursday, around 8.30 am, the body of 22-year-old Saubhik Das was found floating in the river near the Bisarjan Ghat near Sonai Bazar. Some locals spotted the body floating and informed the local police, who sought the help of the disaster management department to retrieve it. The divers of the department came and recovered the body and it was sent to the Silchar Medical College & Hospital under the supervision of the police.

According to the police sources, on Tuesday night, Saubhik suddenly left his house without informing anybody. As he was not returning even it was late at night, the family members then started looking for him. Although they tried reaching his number repeatedly Saubhik didn’t pick up and after a while, his phone got switched off. In the end, the young man’s father Salil Das reported this to the Sonai police station and filed a missing person report in writing.

Meanwhile, Saubhik’s relatives and friends, including family members, searched for him throughout the night. On Wednesday morning, his mobile phone and slippers were spotted at the immersion ghat adjacent to the Sonai Bazar. Based on this discovery, it has been suspected that the young man had drowned in the river. The SDRF and NDRF forces under the supervision of the disaster management department started searching the Sonai river for the suspected drowned body. But after searching all day, no trace of the missing youth was found.

Police said that they were investigating whether it was a case of suicide or not. It is a bit suspicious of the victim to suddenly leave his house late at night and then jump in the river by leaving his mobile phone and slippers at the bank. Whether there is any other motive behind this or not is still being investigated. For now, the body of the young man has been sent to the Silchar Medical College & Hospital, where the autopsy report will reveal a lot of further information regarding the victim’s demise.

According to the Disaster Management Department, although it was a case of death due to drowning, there is still a possibility of another motive behind it. The Police are currently investigating the incident and the body has been sent to the hospital for autopsy. As soon as the report of the police investigation gets complete, the department will decide whether it is a case of accidental drowning or suicide.