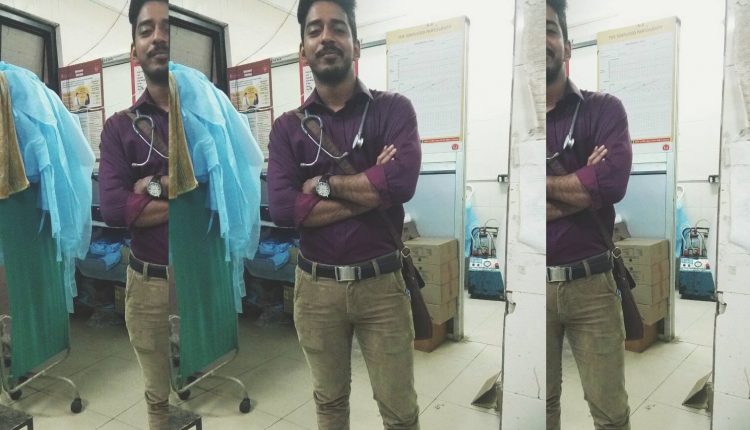 It was just the other day when guest lecturer Souradeep Sengupta was locked up in the jail for his controversial Facebook posts and his family was running around to get his bail granted. Well, he got his bail plea accepted and is now at his home but a new problem has emerged for the family to deal with. Souradeep Sengupta’s first cousin Dr. Binayak Gupta who is doing his internship (Rural Service) in Tuker Bazar got assaulted by a group of young individuals.

As per available information, while Binayak Gupta was on his way to Silchar, a group of young individuals chased his hired car and in Mubarakpur area stopped the vehicle and assaulted him. The mob also snatched away Binayak Gupta’s phone. “Binayak had a heated argument on Facebook with a group of people probably associated with RSS and BJP. They did not like Binayak’s anti-establishment stance and threatened him. Also, it was known to the mob that he is Souradeep Sengupta’s cousin and I feel he has been assaulted because of his Facebook argument and his relationship with Souradeep Sengupta,” said Binayak Gupta’s friend on condition of anonymity.

After the miscreants left, Binayak Gupta went to Badarpur Police Station to lodge a complaint but the inspector in charge did not take the complaint as the incident did not occur in his constituency. “Mubarakpur falls under Karimganj Sadar Police Station and that is exactly what I told them,” said the officer in charge.

As per family sources, Binayak Gupta is now in Silchar and is undergoing treatment. Apparently, he has hurt his skull and the assault has left him shocked. The family will then file an FIR at Silchar Sadar Police Station. Binayak lives in Silchar with his aunt (Pishi) as his parents are still in Barpeta where they moved after Binayak got enrolled in the medical college. Binayak’s father is an employee of State Bank Of India, Barpeta Branch.