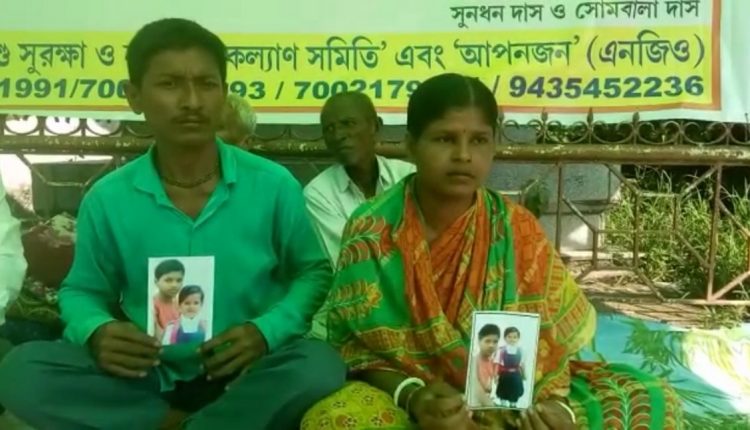 "When a professor's kidnapped daughter can be rescued in 72 hours why is Sourav, Supriya still missing," questions Apanjan

Around five months back, on June 9, 2019, two kids went missing and there is no trace of their whereabouts. Supriya Das is 11-year-old and her brother Saurav Das is five. They were last seen with their mother somewhere near the Deputy Commissioner’s office in Silchar. Since then many FIRs were filed, memorandums were submitted, police officials, ADC, and other office-bearers gave many assurances. It’s been 150 days that the kids are still missing. 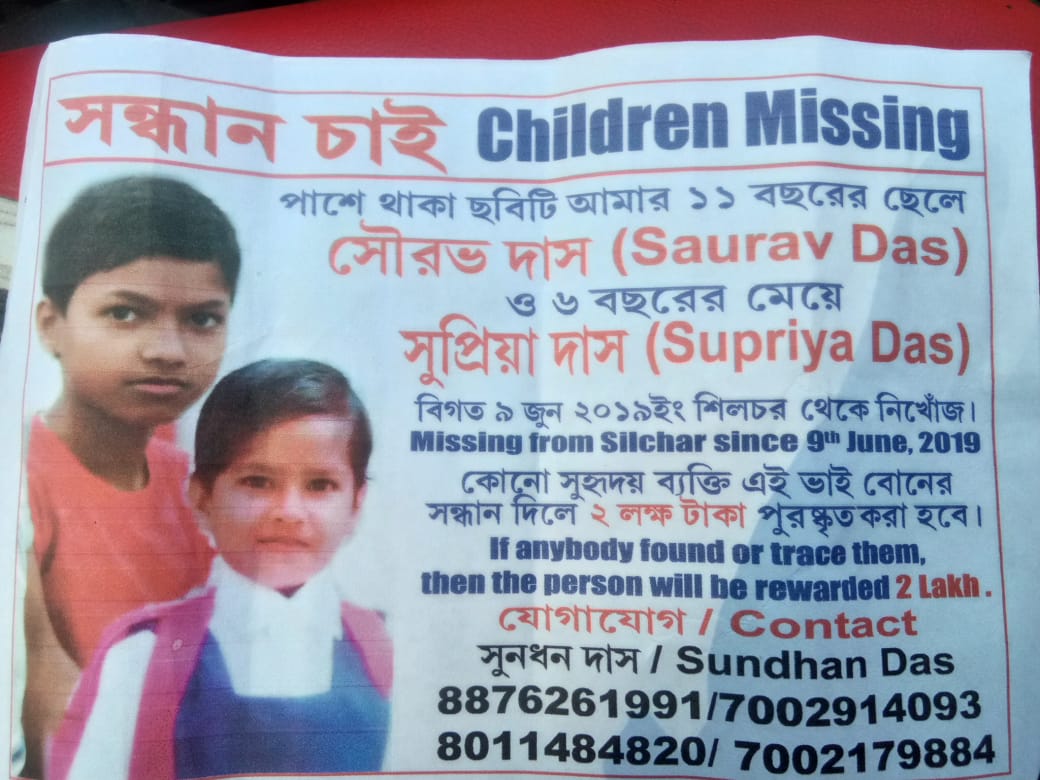 Today at the foothills of Saheed Khudiram Bose’s statue in Dak Bangla Road, Silchar, parents Sunadhan and Sombala Das announced that they would go for hunger strike till death unless their kids are found. Many associations raised this issue in the past and today too there were a couple of them. NGOs ‘Apanjan o Sishu Surokkha’, ‘Nagarik Kalyan’ stood by the parents and said they are willing to stretch out their hands for support.

Rajesh Das, president of Apanjan said, “When the daughter of an Assam University Silchar-professor got kidnapped it took police only 72 hours to rescue them. We now have a scenario where two kids of a daily wager are missing for almost five months and there is hardly any urgency shown by the administration and the police official. Why such discrimination,” he questioned.

As per the latest available reports, DSP A J Baruah met the protesting parents earlier today following which they decided to temporarily withdraw the protest.