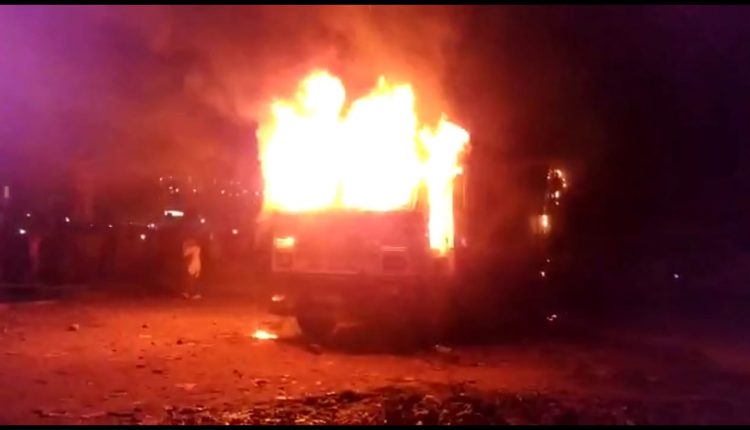 In a shocking turn of affairs, an out of control truck ran over a procession in Meherpur area. As per available information, the truck was heading towards Silchar Medical College and Hospital from town while a procession with the idol of Goddess Kali was moving in the opposite direction.

Sources say, near flour mill in Meherpur, the truck lost its control and ran over the procession. If sources are to be believed then as many as two have already died and there are several others in critical condition. “There were kids, men and women lying unconscious injured profousely. It was a blood bath,” said an eyewitness.

The agitated public set the truck ablaze and blocked the road. An eyewitness said that the truck had apparently ran over an individual somewhere else in the town and was speeding to run away.