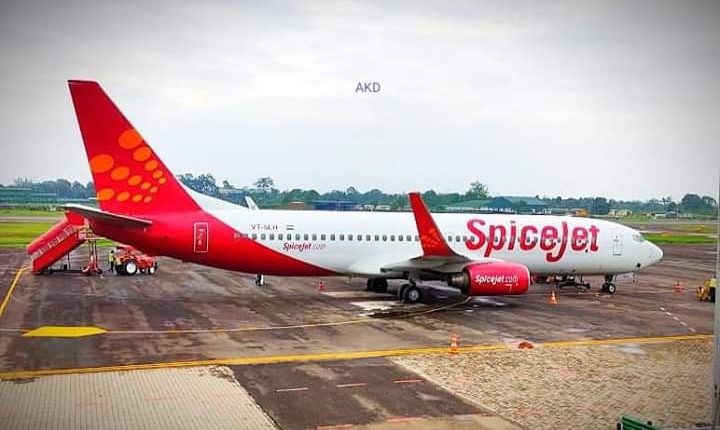 Spicejet has opened bookings for Silchar – Chennai – Silchar flights. The service will be available four days a week. The scheduled time of arrival of the flight from Chennai to Silchar on Tuesday, Thursday, Saturday, and Sunday is 9:30 am and the scheduled time of departure is 10:00 am on the same days. It will reach Chennai at 1:00 pm while the morning journey from MAA airport will begin at 6:25 am. The tickets are available for booking from July 1 onwards.

“Welcome the announcement,” says Silchar MP Dr. Rajdeep Roy. Speaking with Barak Bulletin, he opined, “Great and a thoughtful step towards connecting Barak Valley to the rest of the country and major cities. It will be a boost to the tourists who would like to visit the South Indian states.”

However, the Silchar MP feels, “Primary benefits will be for patients going to South for treatment and students going for higher education.” Many patients from Barak Valley and Northeastern states go to Apollo Hospital in Greams Lane Chennai and Christian Medical College in Vellore. This direct flight service from Spicejet, MP thinks will be of massive help to the patients and their attendants. “I would like to thank the Government of India and especially Civil Aviation Minister, Hardeep Singh Puri for the go-ahead given to the operator,” the MP added.

There are many private nursing homes and diagnostic centers in Silchar. But most of them depend heavily on doctors of Silchar Medical College and Hospital. There is also a clear shortage of specialists, especially in the Neurological and Cardiological departments. With a direct flight from Chennai on the weekends, can the hospitals fly in doctors for short trips to bridge that gap? “Yes, that possibility also opens up, but Silchar now needs 24×7 super-specialty doctors, not only on weekends,” the MP opines.

Apart from the Silchar – Chennai flight, according to the schedule for the month of July, there are two Silchar-Kolkata daily flights. There is a Shillong – Silchar – Shillong flight. Bangalore- Silchar – Bangalore flight four days a week along with other air connectivity with Gauhati and Kolkata. 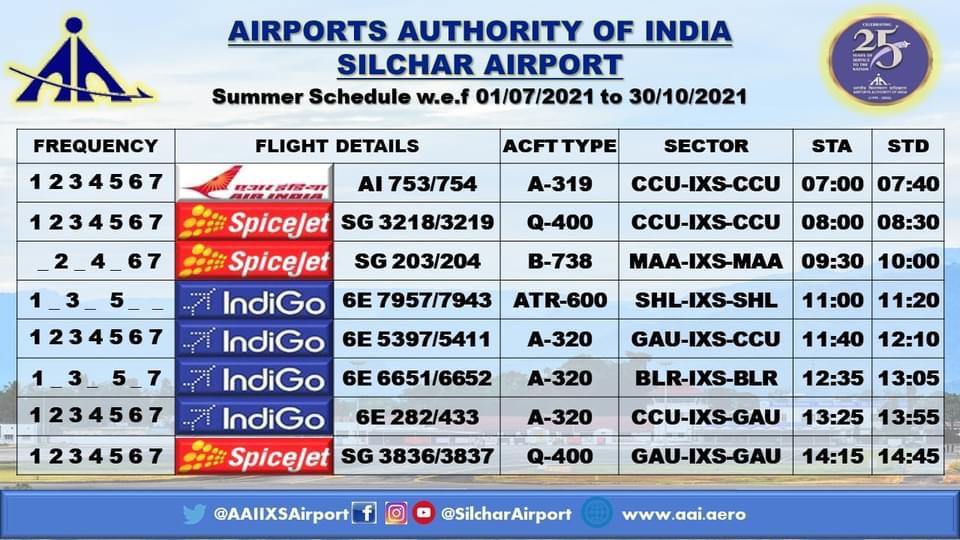 Due to the spike in the number of Covid cases all across the country, the air services got disrupted. Spicejet and Indigo decided to withdraw many flights to and from Silchar due to the low number of bookings per trip. In the first week of May, 29 flights arrived and departed to and from Silchar Airport. 2,625 passengers arrived at Silchar while 1,252 boarded flights out of the city. The number dropped significantly in the first week of June.

According to the data available, nine flights landed and took off to and fro Silchar in the first seven days of the month. 1,036 passengers arrived while 985 passengers took off. It is worth mentioning here that in the first week of May, the possibility of a nationwide lockdown was looming large in the country which led to reverse migration and that is why such a high number of passengers landed at Silchar Airport from different parts of the country. While 29 flights departed from Silchar over a period of seven days, they got only 1,252 passengers – around 44 per flight on average.

In the first seven days of June, 985 passengers took off while there were only 9 flights, around 110 per flight, more than double of what the average passengers per flight per week were in May’s first week. This indicates, as the number of cases drops around the county, people are willing to travel again. The airports are expected to get busier again.

The story has been filed with inputs from Arnab Kumar Das, Silchar Airport.