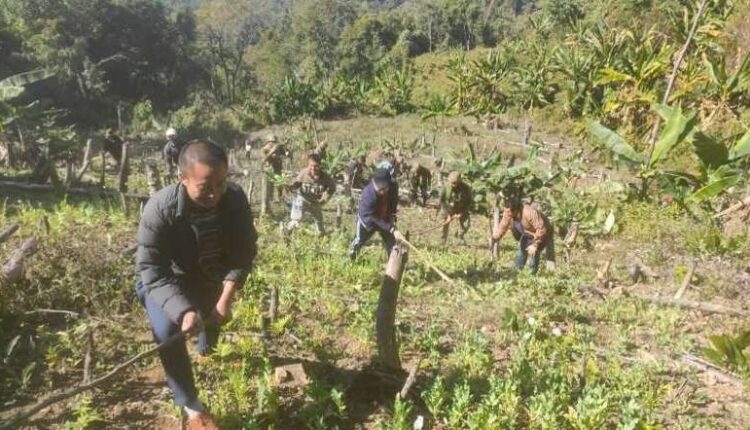 Based on the input about large-scale plantation of Poppy plants in the Hill Range of Longpi village, a joint Operation was launched by the Srikona Battalion of Assam Rifles along with Manipur police from Nungba Police Station and Noney Forest Department Officials.