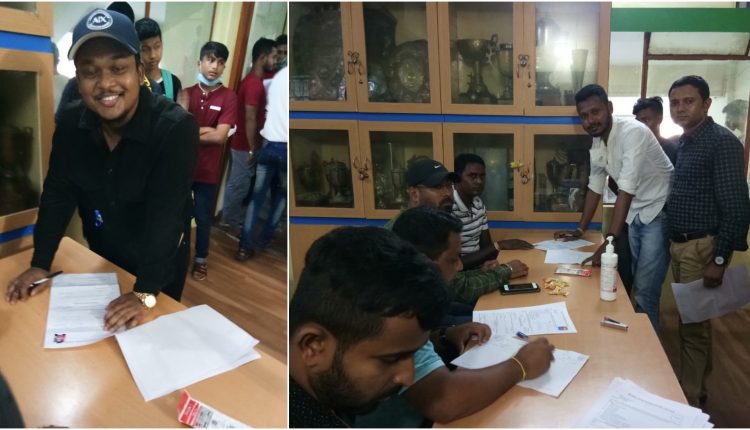 Wicket-Keeper batsman who made his Ranji Trophy debut against Gujarat in Plate League back in 2007 was the star-signing on day-three of Silchar DSA’s inter-club transfer. Rajdeep Das moved to Ithkhola AC from United Club. The star player has been joined by another state cricketer Montu Das. While United Club loses two of its star players, Itkhola AC is rejuvenated by the new signings.

Southpaw Prakash Bhagat played for Assam and is buoyed by the new signings. “Excited to have Rajdeep and Montu in the team,” says Prakash. He adds, “We managed to retain seven players who played for Itkhola AC last year and along with them we have signed six new players. So, we have a squad of 13 players and we are optimistic about the upcoming season. It is a stronger squad we have this year.”

On the third day of the transfer/clearance, 57 players signed for their new clubs. Yesterday, the number was 68 and overall 219 players took part in this process. Silchar DSA has spread the transfer process across four days this time. The decision has been taken to ensure that there is no overcrowding and the COVID protocols are not compromised.

On Tuesday, United signed Nihar Paul from Town Club. One of the biggest sports outfits in South Assam, prestigious Town Club had signed all-rounder Samik Das on day one of the clearance. Today, they have signed Abhitab Paul from Oasis to further strengthen its batting lineup.

The fourth and final day of the clearance will be held tomorrow. After that, after getting clearance from Assam Cricket Association, Silchar DSA will organise inter-district transfer too.