It was a no-contest in the final of the Barak Premier League organised by the Silchar Veteran Cricketers Club. The final match played under lights at the SM Dev Stadium in Silchar turned out to be a massive crowd-puller. At one stage, the Moni Karmakar Stand was packed and there were thousands scattered all across the gallery. But they left early and disappointed.

The match between the local team- Silchar Royal Challengers and Hailakandi Gladiators started around 6:00 pm. Challengers skipper Abhishek Thakuri won the toss and decided to field first. In a big match, chasing is always a tough task and that is what it turned out to be.

Gladiators did not get off to a flying start as they did in the previous matches. Captain Krishnendu Das managed to score only 2 of 8 balls and got dismissed to pacer from Jharkhand Bal Krishna. But that did not derail the innings of the Gladiators. There was a half-chance at covers to catch in-form Udiyan Bose but Challengers could not latch on to it. Wicket-keeper batsman from Agartala, Bose capitalized on the opportunity and went on to score 75. He was partnered well by Pritam Deb Nath who got run out after scoring 55 runs. The partnership helped Gladiators to be in the driver’s seat all throughout the match.

Mayank Rawat who had a brilliant run with the ball was the pick of the bowlers once again. To the surprise of many, he was introduced so late into bowling that he failed to bowl out his quota of four overs. He bowled three overs, conceded 14 runs and picked two crucial wickets including that of Udiyan Bose. It is because of Rawat’s spell Gladiators could not cross the 200-mark and got restricted to 165. Bal Krishna also picked two wickets.

Chasing 165 Silchar Royal Challengers needed to get off to a steady start. Samik Das walked in with intent and started attacking star bowler Arup Das. Two boundaries and one over-boundary from Samik Das filled the air with the perfume of promise. But then came Manishankar Mura Singh and bowled a heavy ball to Das. One-shot too early, Das got caught at covers while attempting a lofted cover drive inside-out.

After Das’ dismissal, hard-hitter Deepak Khatri walked-in to up the run-rate but he could not do that. Roshan Alam got better of him and it was then all on the shoulders of Mayank Rawat and captain Abhishek Thakuri.

Alam dismissed Mayank Rawat too and ended his spell with stupendous figures – 4 overs 13 runs 3 wickets. Karan Dagar Kd also picked 2 wickets and took the match away from Silchar Royal Challengers. 42-run triumph of Gladiators brought the curtains down of the fourth edition of Barak Premier League.

Silchar Strikers’ Subhajit Paul won emerging player of the year. Manishankar Mura Singh has adjudged the Most Valuable Player of the tournament because of his all-around performance. Mayank Rawat won the best bowler of the tournament while Udiyan Bose took with him the prestigious Player of the tournament award. He also won the Man of the match – Final and Best Batsman award. Captain of Hailakandi Gladiators Krishnendu Das got an award for hitting the maximum number of sixes. The organisers rewarded, voice of Barak Premier League Himabrata Das for his brilliant on-field live commentary.

Here are the winning moments: 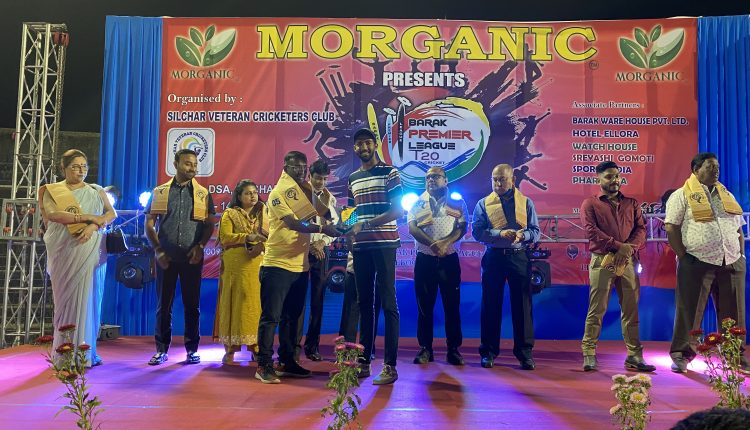 Subhajit Paul receiving the emerging player of the year trophy 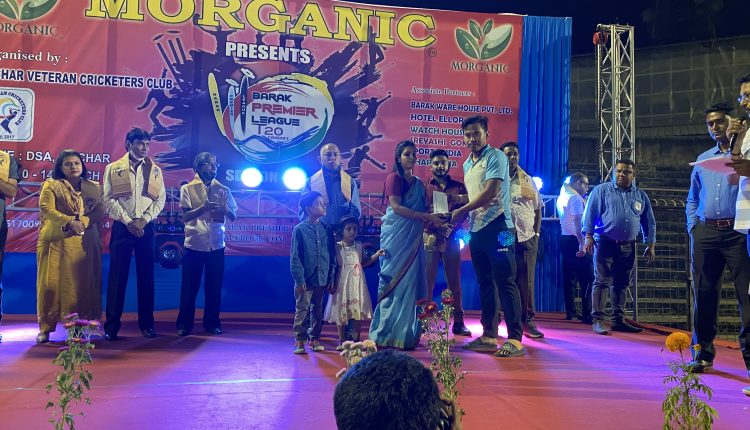 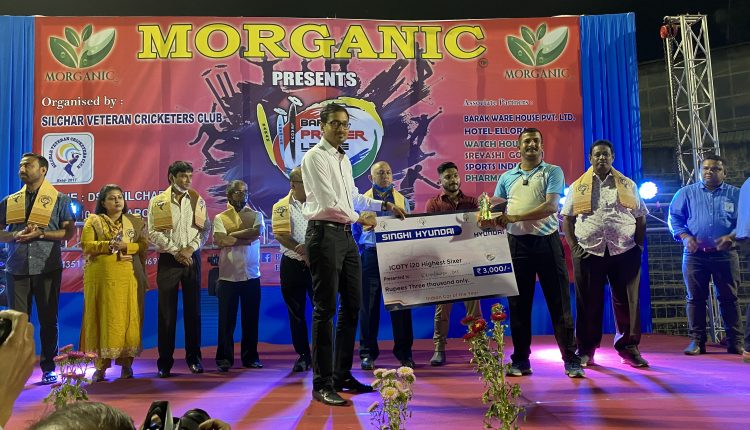 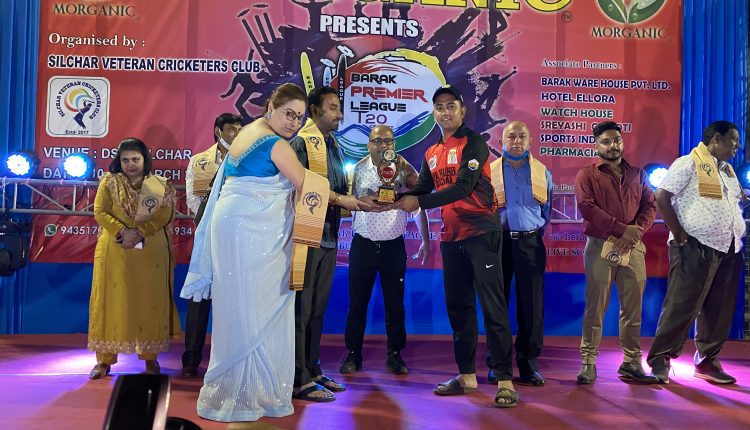 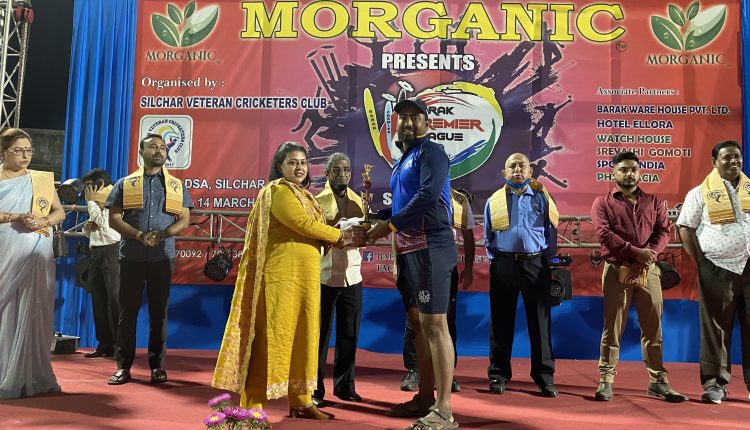 Udiyan Bose receiving the man of the match - final trophy 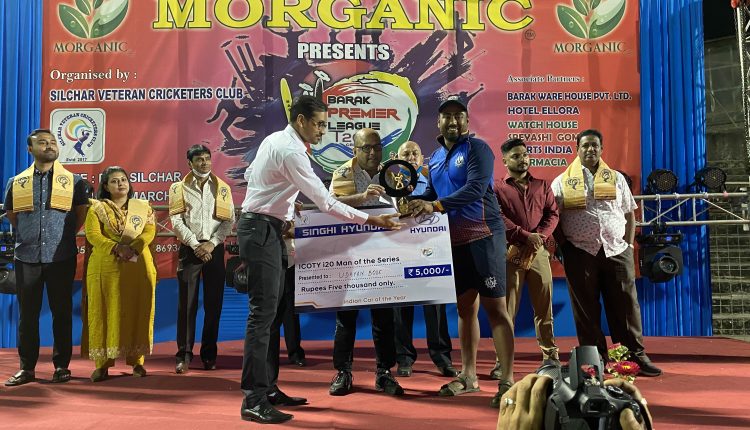 Man of the series - Udiyan Bose 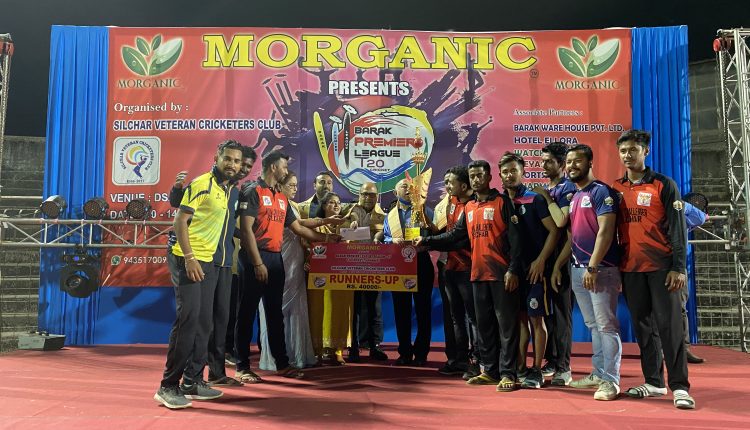 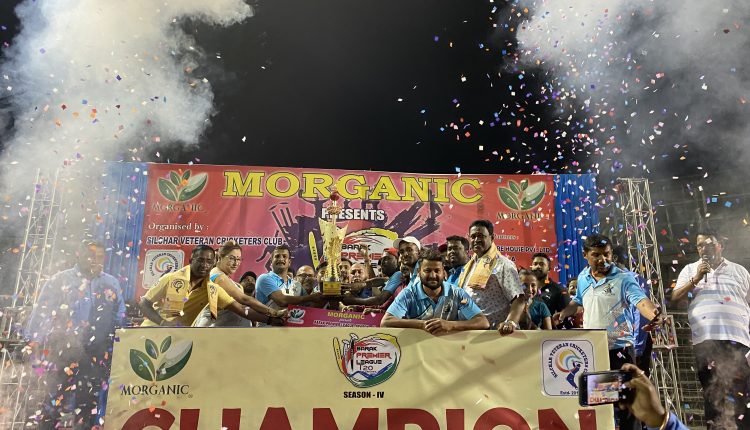