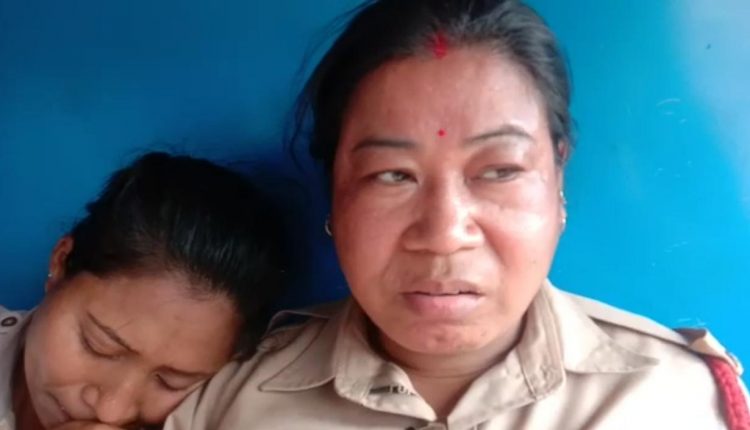 Two woman constables have come on record to state that while Prime Minister Modi was addressing the crowd at Karimganj, some BJP supporters tried to barge in through the barricade. While the two woman constables along with others in uniform were trying to control the crowd, stones were allegedly pelted by the BJP supporters on the security personnel.

One of the two women constables who was rushed to the hospital said, “They threw stones at us. I have a head injury.”

Another woman constable, pointing to the swelling on her hand, said, “All that we tried to do was to stop them from breaking the barricade.”

While the event was well-managed otherwise, the moment Prime Minister Narendra Modi started his speech, things took a wrong turn. In fact, the PM’s speech got disrupted as he had to raise both his hands and calm the crowd. “I admire the love you have for us and that love is what inspires us. I request you all to remain where you are and not barge ahead. Remain at your place wherever you are,” said Prime Minister Narendra Modi during his speech.

According to reports, several attendees of the rally couldn’t bear the heat of the day and fell unconscious on the ground. They were also rushed to the medical van present on the ground.