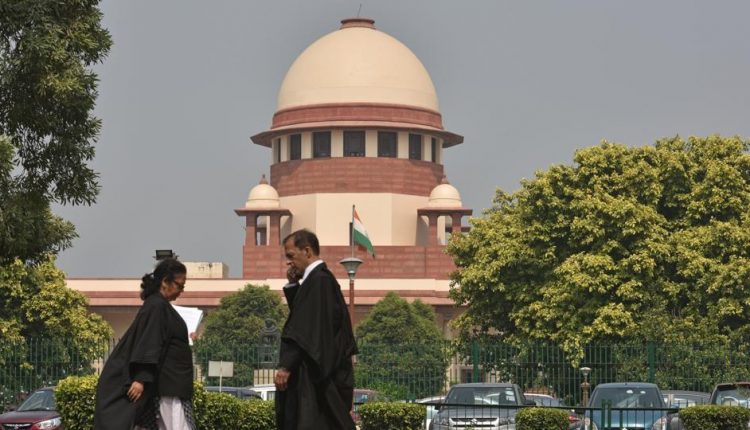 By barakbulletin On November 9, 2019 - 11:50 am
Share
In a historic judgment the highest court of India, the Supreme Court concluded that the disputed land belongs to Ramjanmabhoomi Nyas. The honourable Supreme Court ordered the Central Government to form a trust and that trust should be given the responsibility of constructing a temple.

The Supreme Court also concluded the Sunni Waqf Board should be given 5 acres of land by either Central Government or the State. The board can then use the land to construct a Masjid the way it wants. It is not clear yet where the board will get its five acres but it has to be somewhere in Ayodhya.

One of the most significant judgements in the history of India, the five-judge bench time and again mentioned that they are proceeding on the basis of evidence and argument and not faith. The court noted that the demolition Babri Masjid was a violent act. They also mentioned, “The act of placing an idol was an act of desecration.”
The court considered the Archeological Survey Of India’s report as crucial and noted that there was a non-Islamic structure under the disputed and later demolished Babri Masjid.
All political parties along with the court have appealed to the mass to maintain peace and communal harmony. The VHP said it accepts the judgment and at the same time requested its cadres to not march in a procession or resort to any celebrations.
Sunni Waqf Board advocate, Zafaryab Jilani said the board is not satisfied with the judgment as it finds many contradictions. Jilani added that they will decide the course of action later. He too appealed to the masses to maintain communal peace and harmony.
Assamayodhyaayodhya disputeayodhya verdictbabri masjidIndiamandir wahi banegamuslim given 5 acres
Share