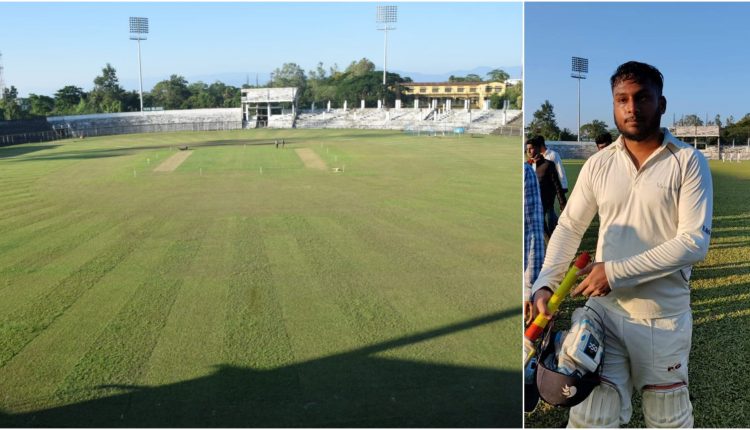 In the first match of the day, Udayan Sangha lost to Suravi Sangha by three wickets at SM Dev Stadium. Udayan Sangha won the toss and elected to bat first but they were only able to score 103 runs for 9 wickets. Santosh Das scored 18, Swapan Das 14, Amar Das 12, and Shantanu Chakraborty 11 runs.

Kaushik Rajbangshi took 4 wickets while Sandeep Dutta took 3 wickets. An additional 25 runs were added to the scoreboard contributed by extras.

In the second innings, Surabhi Sangha reached the victory target at the last ball of the innings after losing seven wickets. Kaushik Rajbangshi also performed well with the bat and remained unbeaten for 44 runs. Sandeepan Dutta scored 10 runs and the team conceded 29 extras which ended up becoming the deciding factor. Zakir Ahmed took two wickets.

In the second match of the day, Malugram Club lost to TT club by four wickets. Malugram Club won the toss and elected to bat first. They made 142 runs for 6 wickets in the allotted 20 overs. Pulak Das top scorer with 44 runs. Besides, Vishal Deb Roy scored 26 runs and Adarsh ​​Yadav scored 18 runs. 23 extras were a significant contributor too.