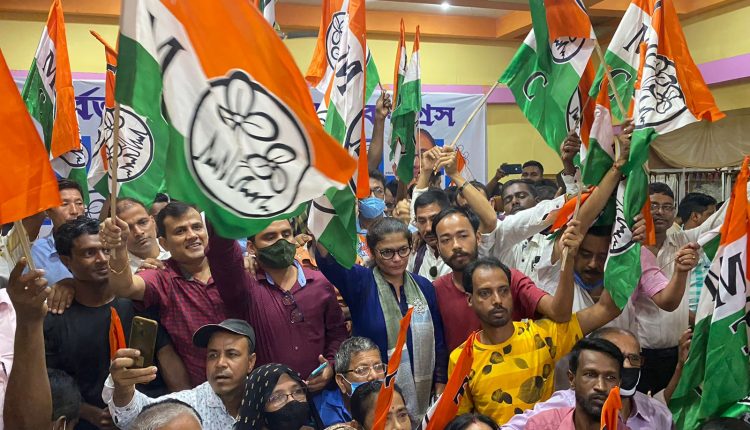 All India Trinamool Congress (AITMC) flagged off its membership enrollment drive in Silchar. At a community hall in Silchar, around 300 members joined the party. Former Silchar MP Sushmita Dev who recently resigned from Congress to join the TMC, personally handed over the party’s flag to the new members and enrolled them to the party. But before that, she delivered a high-decibel speech to strike a chord.

“There is a newness in this meeting we are holding today. Though I am standing on the stage, but I firmly believe that all of you who are joining the party today are members and so am I. We all are equal and we all members. I promise you all, wherever I am today, you will be there tomorrow,” she said to start her speech. 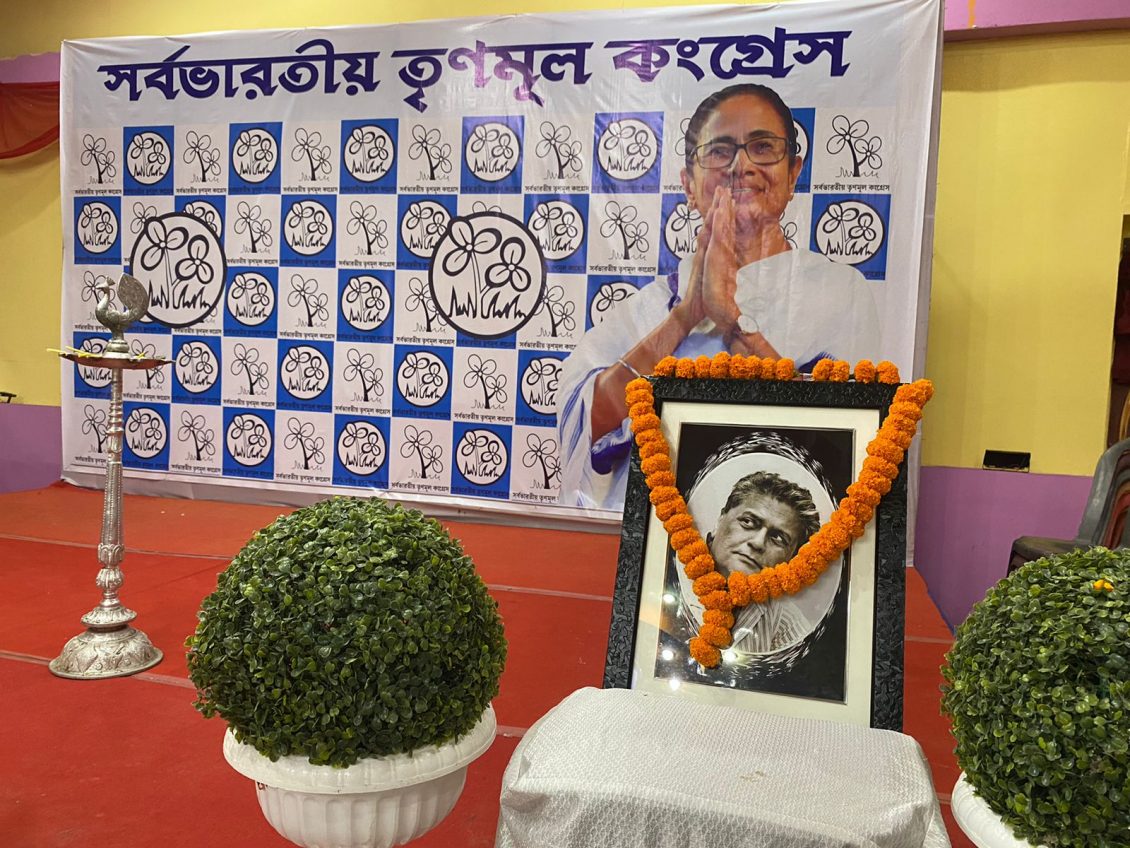 A seasoned politician, Sushmita Dev was well aware that most of the members who attended the meeting were ex-congressmen. So, she at the outset paid a floral tribute to the former union minister and one of the tallest leaders in Barak Valley, her father Sontosh Mohan Dev. His photograph was kept on the stage all throughout.

“I urge all who have come here to introspect and ask themselves, what happened to the country after 2014 and if we are happy with the progress under Narendra Modi,” she said to get their attention span. She continued her jibe at the Government of India and criticised the newly unrolled Asset Monetisation Pipeline. 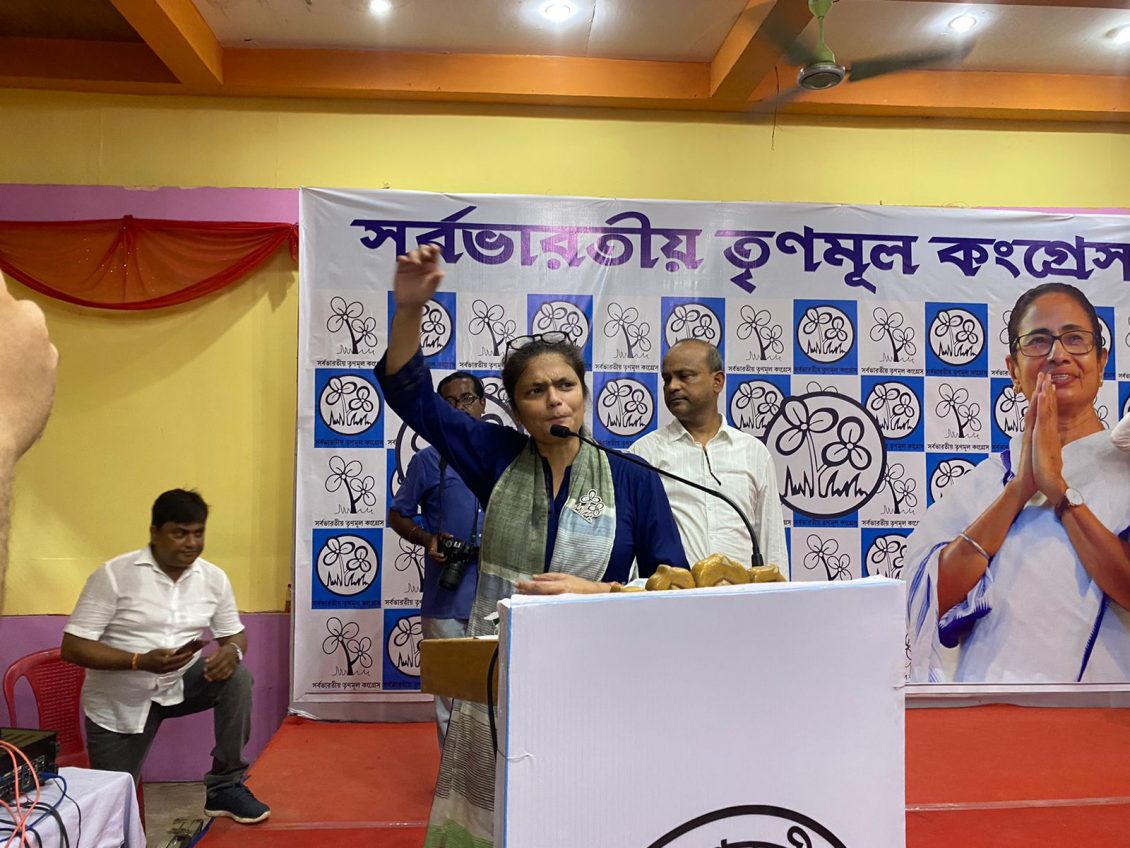 Madhuraghat, Badrighat, Sonai Dumri Par, are RCC bridges built over the Barak river were ready in Congress’ regime but are unoperational as the approaches are yet to build. She also questioned why the construction work of the District Library is still incomplete, the same question was raised about dredging and waterways, Mahasadak, Border Hut, up-gradation of Silchar Medical College and Hospital (SMCH) among others. After raising the questions, Dev said, “These are the questions the opposition must raise but Congress has failed to do so. Congress has failed to fulfil the role of opposition and that is why, to be able to raise these questions, I left the party bringing end to the three decade association,” explaining her decision. She added that she has not walked away from the principles but just from the party. 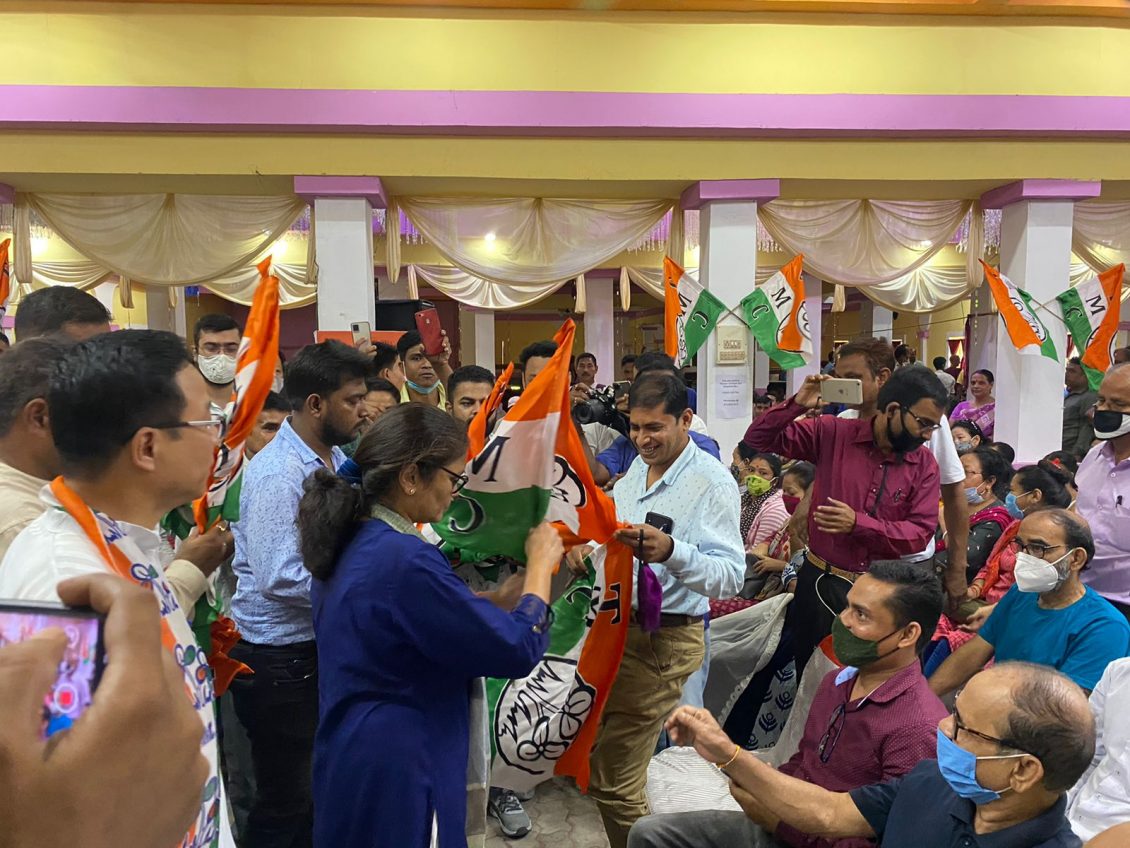 She also took a jibe at Silchar MP Rajdeep Roy who defeated her in the 2019 general election to Lok Sabha. She quoted Rajdeep Roy saying the kids of Barak Valley are not eligible for getting grade III and grade IV jobs. She also questioned Rajdeep Roy and other lawmakers’ silence on Lachit Sena members’ attack on the Bengalis. “We saw the video how they openly threatened that Bengali businessman and said they will attack them with sharp weapons just because of the language they speak and their identity. Whenever the students of northeastern region get attacked in mainland India, all of us criticise as we must. But, why do we go silent each time the Bengalis are racially abused and what explains the silence of the elected representatives of this Valley,” she said and the sounds of applause started reverberating in the hall.

She concluded her speech saying, “Despite doing all that, BJP is still winning elections. Forget defeat, we won’t be able to compete with the might of BJP by working out of our party offices. We need to go and communicate our decisive politics to the grassroots. But before that, we need to get trained. We need to learn how to deliver quality speeches, how to raise the right questions and so, the hard work begins from now onwards.”

She was quick to remind the the people present in the hall that Mamata Banerjee has successfully defeated the Modi-Shah machinery in Bengal. “What the Congress could not do in Assam, Kerala and Puducherry, the TMC managed to do in Bengal. Mamata Banerjee is not just a leader of Bengal. As our general secretary Abhishek Banerjee said not only Assam and Tripura, the TMC will uproot the BJP’s communal brand of politics from Delhi. Abar Khela Shuru (The Game Starts Now) Khela Hobe (Game on).”

The TMC members will now form a group of at least 50 members in each booth to promote the party and enrol members. This drive will continue till September 15 and after that, depending on the progress of the part TMC will decide if it will contest in the upcoming Municipality elections. But Dev hinted that the party is targeting all upcoming electoral opportunities.

The party’s Cachar leadership said that they have handed over membership cards to 598 members in today’s event. Most of the are ex-congressmen.

The meeting today is a leapfrog from where All India Trinamool Congress was a month back in Barak Valley. Also, Sushmita Dev’s high impact speech did manage to leave an impact among the people present. However, apart from Sushmita Dev, the party has no width or depth. Mamata Banerjee, Abhishek Banerjee had powerful orators like Debangshu Bhattacharya, Anubrata Mandal, Mohua Mitra, Derek O’Brien… the first task for Sushmita Dev would be to identify local talents and motivate them to work for her. Otherwise, such packed halls hardly translate to anything in the EVM.