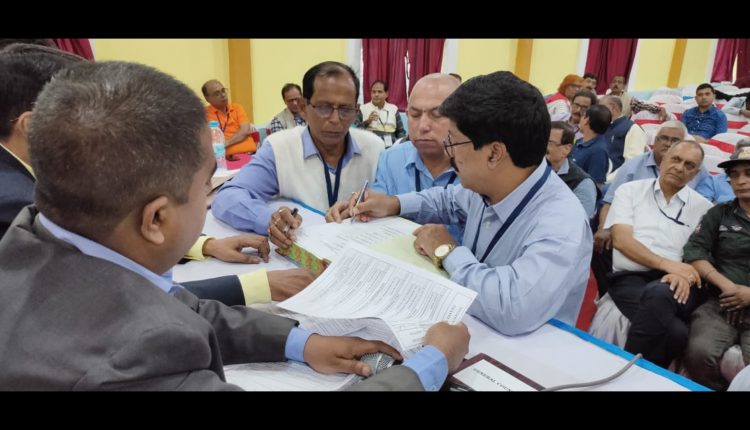 As it turns out, chief minister Sarbananda Sonowal never made any calls recommending anybody for the president or secretary’s post in District Sports Association. Couple of days back a rumour spread that under CM’s recomendation Rajdeep Roy is going to be elected as the next president of DSA. It was said that Sarbananda Sonowal wants Roy to take over and Babul Hore to make way.

Today, Roy did not submit his nomination for the post, instead, BJP’s senior worker and a close aide of Rajdeep Roy, Deepayan Chakraborty submitted the nomination to contest against Babul Hore for the post of president.

Speaking with Barak Bulletin, Dev said, “I always maintained that people who are in the world of sports administration, people who stay on the field must contest for the post. Only when Rajdeep Roy’s name surfaced I said I will contest. Now that he has not submitted his nomination I won’t contest either.”

Rajdeep Roy and Aminul Haque Laskar, both said they do not have any clue about CM making a call to Hore. “Why is Babul Hore making CM’s call a campaign issue is something only he can answer. I don’t know about any such calls,” said Laskar.

The election for various posts including the president of DSA is going on. It is Deepayan Chakraborty versus Babul Hore for the top berth. There are 265 accredited voters who will decide the next DSA’s general body.