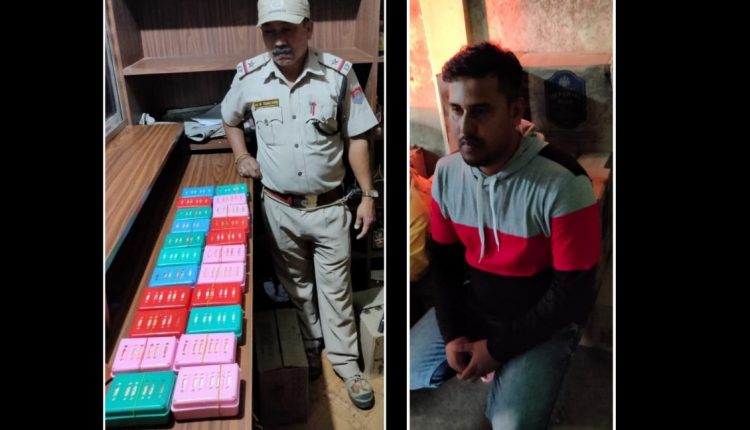 Based on information from sources, Lakhipur Police raided a wine shop in Binnakandi Ghat and successfully seized a huge quantity of illegal drugs that are suspected to be heroin.

“We had got a tip that a man identified as Kishore Roy who owns and runs Mourya wine shop is allegedly involved in the illegal sale of drugs. So, today we conducted a search operation in the area and seized 22 soap cases each containing what we suspect to be heroin,” said SDPO, Lakhipur, Anurag Sharma.

He informed that around 240 grams of suspected heroin have been recovered and according to their sources, the market value is estimated to be around Rs 28 – 33 lakh.

Kishore Roy, son of Kalipada Roy is a 30-year-old resident of Binnakandi Ghat area. After the search operation, officials from the excise department went to the spot and seized the wine shop following their protocols.