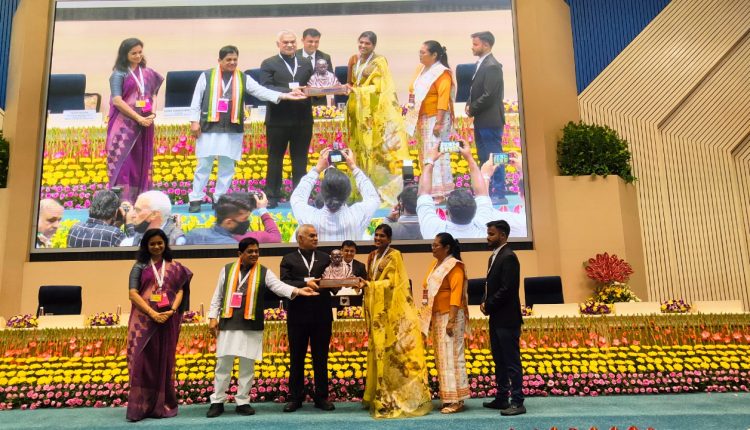 In a major achievement, Lakhipur Municipal Board under Cachar District, Assam, has topped in the category of best sustainable among the Northeastern Cities with a population less than 25000. President Ram Nath Kovind has announced the Cities names and honored the municipal corporations working under the Swachhta Mission (Cleanliness Mission).

The ranking has been prepared by the Swach Survekshan 2021, Swach Bharat Mission for Urban Areas. Silchar, on the other hand, holds 346th place in the list of best self-sustaining cities in India. Dibrugarh (311), Guwahati (312), Nagaon (334) are the other cities from Assam that made it into the loss of clean cities. In 2020, Silchar was ranked first in Assam, this year the city slagged to fourth place in Assam.

Thrilled over the achievement, Cachar DC mentioned it as a benchmark and pledged to work with more dedication in the future. “Lakhipur has been declared as the sustainable city in the Northeast zone which is laudable. We must congratulate each and every citizen and every Swachhta worker. We are really happy with the achievement. However, Swachhta is an ongoing process that needs to be followed all the time. We will keep working on improving our nationwide ranking,” DC Keerthi Jalli said.

DC Silchar applauded the formidable work done by the Lakhipur Municipality Officials and said, “Special commendation Rajiv Chanda and the Municipal Sanitary staff who go house to house everyday morning to ensure this necessary service runs hassle-free. This award is dedicated to the sanitary workers who are the backbone of this achievement. I thank the citizens of Lakhipur for owning their city and ensuring it is clean.”

On speaking about the status e of Silchar, which is recently promoted to a municipal commission, DC Kirthi jalli said, “Our next target should be Silchar town but for that, we need citizens to also join us actively in this endeavor”.

It is pertinent to mention that the Swachh Sarvekshan (Cleanliness Survey) is conducted every year by the Union Ministry of Housing and Urban Affairs, In which the status of sanitation in cities is assessed. In the 2021 edition of Swachh Survekshan, 4320 cities of the country participated.

In 2021, as many as 342 cities were conferred with some star rating in this year’s annual cleanliness survey, with a total of 4,320 cities taking part in it. The Union ministry of housing and urban affairs (MOHUA) that conducted the ‘Swachh Survekshan 2021’ awards with the Quality Council of India (QCI) under the Swachh Bharat Mission-Urban (SBM-U) said in a statement earlier that the sixth edition of the event has become the “world’s largest urban cleanliness survey.” Indore has been awarded as the cleanest city in India in Swachh Survekshan 2021.

Swachh Survekshan is an annual survey of cleanliness, hygiene, and sanitation in cities and towns across India. It was launched as part of the Swachh Bharat Abhiyan, which aimed to make India clean and free of open defecation by October 2, 2019. The first survey, which was undertaken in 2016, covered 73 cities; by 2021, in its sixth edition, the survey was grown to cover 4320 cities and was said to be the largest cleanliness survey in the world. The cities have been ranked By conducting surveys on three different categories several comprising subcategories.