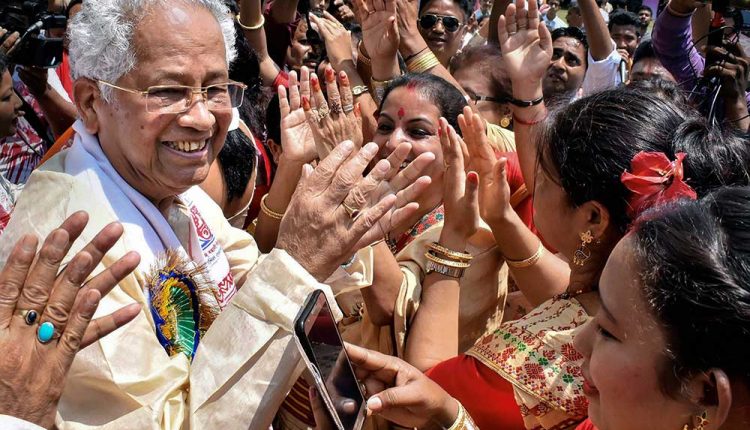 It was the month of 2016. Just less than a hundred hours to go for the vote counting day. The prospect of Congress losing one more state was looming large on the picturesque north-east horizon. He was waiting for the most crucial mandate in his long and chequered political career. But he was unfazed. He had already planned his countdown to the judgment day in a completely different manner.

It was May 15, 2016. Far from the madding crowd in Assam, the octogenarian three-time chief minister of the State was seen in New Delhi in a glittering function organised to release his autobiography. A queer timing indeed! But surely a typical Tarun Gogoi move – a blunt move, and he likes that tag.

He had readily accepted the subtitle of his first authorised biography when the author approached him for permission back in 2007 ~ one year into his second consecutive tenure as the chief minister of Assam. That book eventually came out in 2010 with the title, Tarun Gogoi: The inside story of a blunt politician.

Wasbir Hussain, who penned Gogoi’s persona as a politician, was justifying the rather odd title for the biography.

“ONE POLITICAL LEADER WHO DOESN’T SEEM TO BE UNDULY BOTHERED ABOUT HOW THE MEDIA TREATS HIM, AND HAS BEEN BLUNT IN HIS APPROACH TO THE POINT OF BEING POLITICALLY INCORRECT AT TIMES IS TARUN GOGOI.” Wasbir was so true.

But Gogoi did not care to notice that during the last six years of his being in the pinnacle of power this ‘bluntness’ in him had settled in such a proportion that he not only hardly bothered about how the media used to treat him, he was tactlessly indifferent to what the people of Assam thought of him. He was perhaps unaware that the obstinacy in him had turned him a recalcitrant political bigot, who was not ready to read the writing on the wall that the BJP was indeed closing in on the Janata Bhavan.

His untimely released autobiography, Turnaround: Leading Assam from the Front, is a desperate account of heaps of statistics through which he tried to prove how single-handedly he changed the face of Assam over the 15 years he was at the helm of affairs. This is actually the saga of his ‘successes’ and he zealously guarded that ‘turnaround’ story as his personal possession. 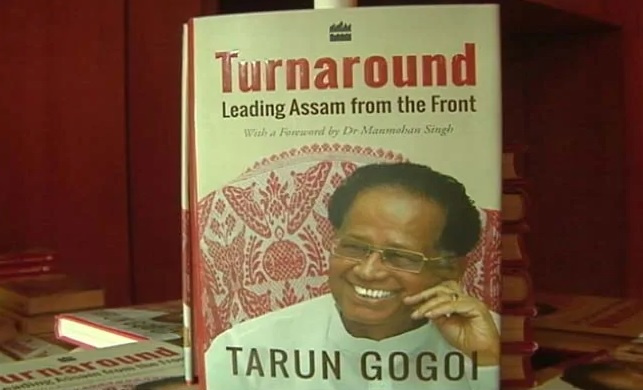 Gogoi’s autobiography is a copybook illustration of oxymoronic expression. He cites the famous C S Lewis quote ‘True humility is not thinking less of yourself; it is thinking of yourself less.’

Yet, he was tireless in writing more than 200 pages only to drive home a pointless point that he was the only architect of this ‘turnaround’ of Assam. What a blunt way to establish ‘thinking of yourself less!’

The intra-party dissidence that surfaced around the middle of his third term was chiefly attributed to his one-upmanship. The fact that Himanta Biswa Sarma could muster the support of 54 out of the 78 Congress MLAs to challenge the leadership of Gogoi at the final leg of the upsurge proves beyond a doubt how fast the latter was losing grip over his own party men in Assam.

It also brings home the simple truth that he was unknowingly distancing himself from the masses much like his political masters at New Delhi’s 10 Janpath, for whom, his unflagging loyalty had remained unblemished till Congress was decimated to 26 seats.

His political incorrectness, which his biographer Wasbir seems to have pampered, has cost dearly for the Congress in Assam. His personal duel with Badruddin Ajmal led to the birth of All India United Democratic Front (AIUDF) in 2006. Over the past one-and-a-half-a-decade, this breakaway faction of the Congress has been successful in eroding the Muslim vote bank of Gogoi’s party in a systematic manner. The collateral damage in this political brawl has been the sharp polarisation of Hindu votes, providing the much-needed space for the Lotus to bloom in Assam.

He was equally politically incorrect when he underestimated the sleight of hand of Himanta Biswa Sarma. Had Gogoi not fallen apart with his political progeny, the BJP would not have been successful in poaching Himanta. Who knows, the electoral history of Assam would have been scripted in a completely different way!

Politicians are agathokakological and so also was Tarun Gogoi. But he must be credited with bringing the State from the brinks of disasters by the turn of the century. His personal kitty was a mixed bag. But he would never admit that. The Panglossian self in him would never allow him that there was nothing wrong in being opsimath in politics especially when the contours were changing.

The longest-serving chief minister of the State will surely be remembered for his great service to public life. But more than anything else, Tarun Gogoi should go down the annals of history as the tallest political leader from Assam who always stood for an inclusive society. Who championed the cause of the Indian Constitution. Who never won elections on divisive agenda. Assam will surely miss this dearly ‘blunt’ politician.

The author of this obituary, Joydeep Biswas is Associate Professor and Head, Department of Economics, Cachar College.