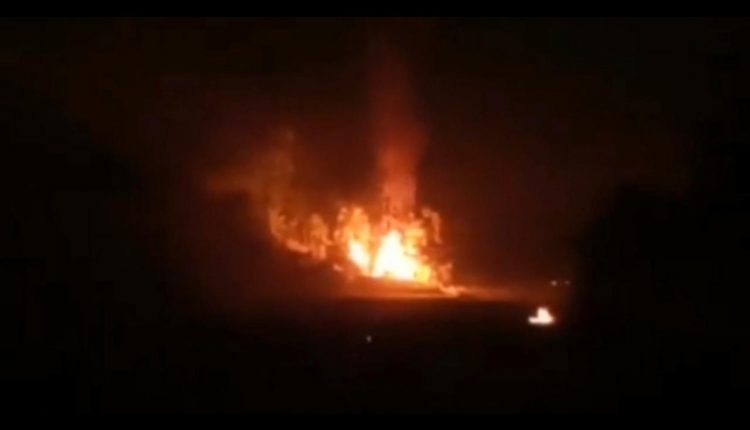 The dust has not yet settled in Cachar’s Lailapur which shares an inter-state border with Mizoram. But, there is new tension on another front. In Hailakandi’s Kachurtal, Jalnacherra areas which are under Katlicherra legislative assembly constituency, Mizo-miscreants have encroached and run havoc.

According to reports, as many as 20 residences have been set ablaze, allegedly by the Mizo miscreants aided by the armed Police officials from Mizoram. The locals said there is road construction work going on in the area under the Pradhan Mantri Gram Sadak Yojana scheme.

“The Mizos, in the morning came and charged the locals in Assam’s side of the border. They asked the labourers to stop the construction work immediately. Later there was a confrontation between the two parties at around 6:00 pm. Soon after that, the condition deteriorated and the tension escalated,” said a local resident.

Three people have got critically injured. All of them have been rushed to Silchar Medical College and Hospital. “The locals have said that they heard two rounds being fired, however, it is yet to be confirmed. It is still not clear if the three have got injured because of the outbreak of the fire or because of gunshots,” added the local resident, Barak Bulletin spoke with.

DC Hailakandi Megh Nidhi Dahal said the administration has got to know about some untoward incident in the Assam-Mizoram border. “There is a team on the ground investigating the matter, but I am yet to get the detailed police report. Cannot comment on the incident before I get briefed by the Police,” said DC Dahal.

DIG Southern Range, Dilip Kumar Dey said that an incident has occurred in Jalnacherra area. “The Police is investigating the matter and nothing is clear yet. Yes, we have heard about some unlawful activities, but these are subject to investigation,” said DIG Dey.

This is not the first time Mizo miscreants have allegedly set ablaze dwellings and houses in Barak Valley. Assam resident was found dead in Mizoram and the tension had escalated in Cachar. Now, there is tension in Hailakandi.

Another armed robbery in Sonai; Rs 40,000 and gold jewellery looted

Sanju Nahata referred to SMCH after he complains of breathing difficulty; Police…