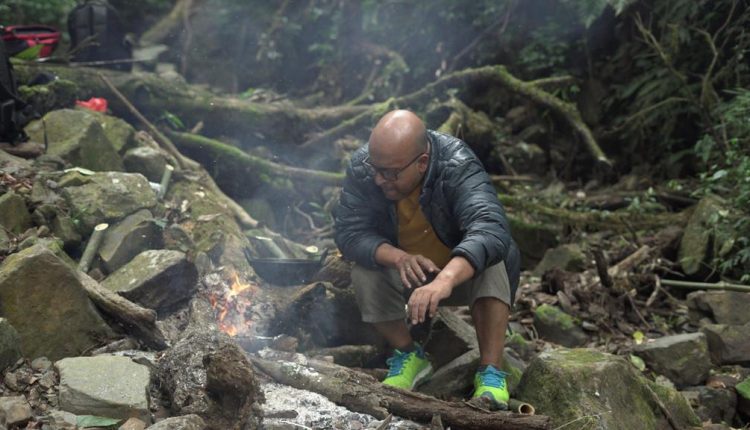 The air crash 50 years back on this day, and my journey to find the debris: a special write-up by Subimal Bhattacharjee

50 years ago today i.e. on 29th August 1970 an Indian Airlines Fokker Friendship F27 aircraft with registration VT-DWT which was on its way to Guwahati from Silchar crashed in the Barail Ranges of the North Cachar Hills. Today I wholeheartedly remember all the 39 lives from Barak Valley and Imphal which were lost in that tragic crash. Till today it is counted as the most deadly air crash in the Indian air crash history.

Two years back I have personally visited the crash site and my journey to the actual site was equally interesting. Ever since I produced the feature-length documentary film ‘Memories of a Forgotten War’ on the trails of the World War II in the northeast part of India, I have been very fascinated and developed a keen interest to find out the remains and memories of a bygone era that had such an impact in contemporary world history. So when one of my friend from Haflong pinged me up about a possible crashed aircraft parts discovered by the locals inside deep jungles of the Barail ranges, I decided to pack my bags and personally visit the site and explore.

I decided to take Dipalay Dey along with me who takes an equal interest in aviation and also grew up in Mizoram. After a detailed discussion and decision, we packed our bags for this trip. We were aware that the location won’t be an easy place as it is inside a dense forest but with the eagerness of finding out the history behind it, we flew from Delhi to Silchar and then drive to Jatinga about 100 kilometers away. 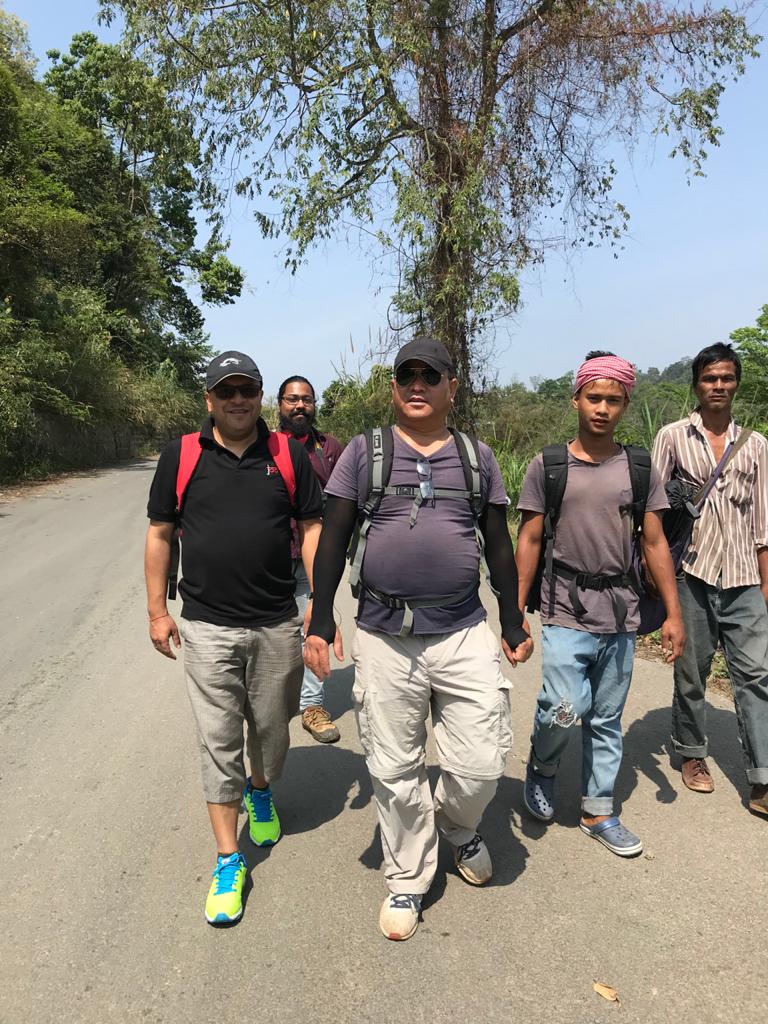 Upon reaching Jatinga we got a very warm welcome from John who then guided us for the entire journey. We had 2 local villagers from Jatinga with us and now with the entire team of 6 men in a group, we initiated our footsteps towards the first hill to climb up at 930am on 2nd April 2018. The expected locations were on the other mountain situated adjacent from where we took off. This meant a climb up of more than 5800 feet and then going down that many feet and then again a climb up of the next hill.

The path was really difficult and often steep and narrow and it took us around 5 hours of climb and then descend and we reached the dry mouth of the river Madura when it was almost dark. We decided to do a night halt and to continue again the next morning as fatigue had set in too. The expected crash site was still a mountain climb away from the location where we spent our night. We had an awesome night with fire all around, drinking tea with jaggery on the temporary bamboo shoot cups and noodles with a boiled egg for dinner in freshly cut leaves, not to forget the fresh freezing stream water which was in its purest form which was carried from closeby by the local guides. The night arrangement was all done by the local guides who were at their best to cut wood for the fire and arrange leaves for the temporary bed

It was 5 am next morning when the first lights penetrated in the jungle through the high bushes and we readied ourselves to start our journey again for the final stage of exploring. Within just 10 minutes of climb, we saw two shining metal bodies; these were parts of an aircraft engine! The piston and the exhaust were clearly visible and we have even noted down the numbers written on them at that point we had figured out that it was an old aircraft. 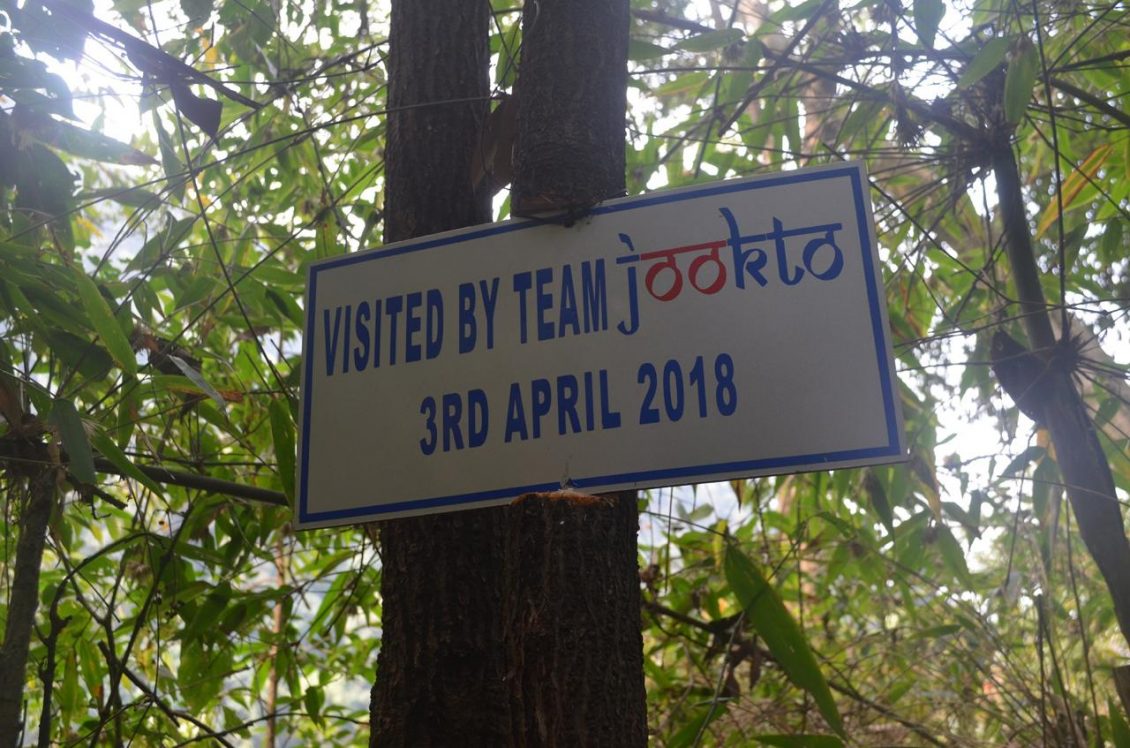 We climbed for another 10 minutes where we got another set of damaged engine parts. Some were stuck inside large rocks and some were rusted badly. A piece of seat cover and fuselage was also lying nearby. After viewing and noting these items we were on the path of a steep mountain with some dangerous climbing road. It seemed to be a different engine with different sizes and extent of the rust. We still decided to continue with our climb in search of more parts and also possible human bones or items that might be with the passengers. The terrain became difficult with wet surfaces making it difficult to hold the toes and push for the climb. While going through this climb, we discovered plenty of aircraft parts including the seat belt buckle, parts of inner screws, pieces of clothes, a piece of the waist belt, a few pieces of aircraft wings, and fuselage pieces. Clearly these were from a civilian aircraft crash we sensed.

The biggest lead in the form of a burnt cargo holding chart with the marking of Fokker F-27. Clearly we were excited that we were almost close to the impact zone and the civilian crash was discovered. At this point, Dipalay and I put up the board of JOOKTO wherein it was proudly displayed that Team JOOKTO had visited this location on 3rd April 2018. We were aware that we had almost discovered all related information that we would have wanted to show the world that we had discovered a crash site and the site has remained unsearched by any authority to date due to its difficult terrain, path, and location.

Meanwhile, as we started our journey downward, it was a tiring journey and the constant sweating and loss of energy was quite frustrating. It was sad to bid goodbye to the locals Ebarnais and Tonel Huwa who guided us for the two days.