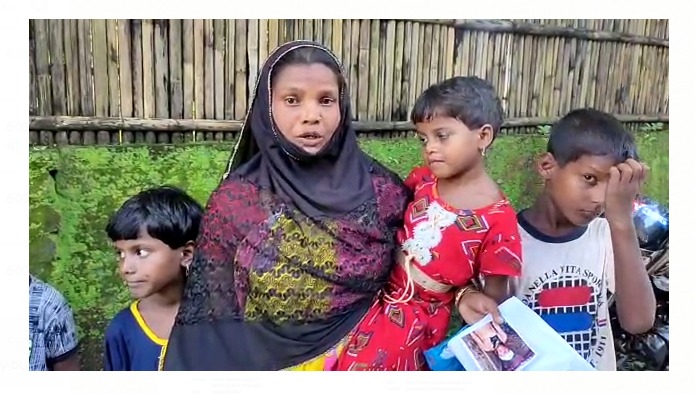 "The cat came under his truck accidentally but they got me begging on the road deliberately," truck driver's wife meets Cachar SP

On September 28, 2020, at around 9:30 pm, a truck was headed towards Silchar town from Malugraṃ. While on the move, it accidentally ran over a running cat. Locals saw the cat dying and immediately stopped the truck.

The truck driver was identified as Motin Laskar, a resident of the Dudhpatil part VIII area. As per his wife, he was beaten mercilessly by three individuals, and is now in critical condition. “It was a new truck and he had gone to Malugram Shiv Temple to get blessings as advised by the owner. On his way, a cat accidentally ran under the truck and died. Three local boys started beating him mercilessly. His skull got fractured after he was beaten with a bottle of beer. There are stitches on his upper lips and his condition is critical,” informed Jasmina Begum Mazumdar.

Motin Laskar’s wife Jasmina is a housewife and went to meet the Superintendent of Cachar Police with a copy of the FIR pleading for justice. “The cat came under his truck accidentally but they got me begging on the road deliberately. My husband is the only breadwinner in the family, he is still bedridden. All the medicines prescribed to him have already got over. Where should I go and beg for money? They have ruined my family,” she cried.

With two kids were on her lap, another two stood around her as she went to the deputy commissioner’s office to submit a memorandum. “My kids are sleeping hungry and I request honourable CM Sarbananda Sonowal to intervene and deliver justice to the kids. My husband was beaten mercilessly and the perpetrators are walking free,” she added.

Sources in the Cachar Police informed that the department is investigating the matter and is likely to make arrests soon. A senior official in the SP office said, “After thorough investigation if we find someone guilty, we will take actions as per the provisions in the law.”