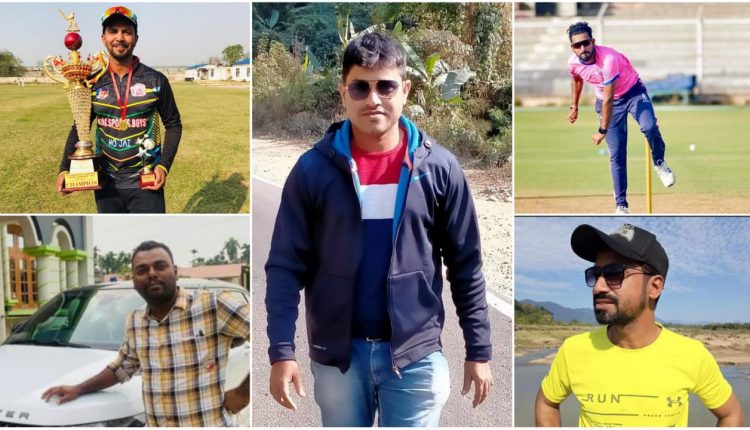 The decision to call off the IPL is correct: Pritam, Rehan, Rahul, Masarob and Samik

The Corona pandemic has taken a terrible turn in the whole country at the moment. In most cities, the death toll doesn’t seem to subside. There is an oxygen crisis and there’s hardly any space left in the crematoriums to complete the last rites of the deceased ones. People are standing in queues and waiting in the street outside the crematorium just to get done with the last rites of their lost ones. While the entire country is going through such a situation, the Indian Premier League was going on in full swing for the sake of entertainment. However, even the T20 league of the richest board in the world was not spared from the Corona effect.

After penetrating the Kolkata Knight Riders and the Chennai Super Kings teams yesterday, the Coronavirus has now attacked the Sunrisers Hyderabad and Delhi Capitals teams on Tuesday. The scariest thing is that one after another cricketers, support staff and groundsmen are being infected by Corona from inside the bio bubble itself. Kolkata’s Barun Chakraborty, Sandeep Warrier, Chennai’s support staff Laxmipathy Balaji along with Kashi Vishwanathan and team bus cleaner have all tested Covid positive now. Amit Mishra of Delhi and Wriddhiman Saha of Hyderabad got also infected with the virus on Tuesday. As a result, despite being reluctant initially, the Board of Control for Cricket in India (BCCI) has decided to suspend the remaining matches of this year’s IPL. As one after another cricketer was contracting the Covid virus, the BCCI had no other option than to call off this year’s edition of the IPL, at least for the time being.

The country’s cricket community has welcomed this decision of BCCI. The star cricketers of Silchar are also of the opinion that this decision of the board is right. Let’s take a look at what the local stars have to say about the board’s decision.

Pritam Das, Ranji cricketer – The board has made the right decision. On one hand, so many people are dying due to Corona, on the other hand, the IPL is going on. That’s not right. Death processions are going on in cities like Mumbai and Delhi. These two cities have the highest death rates in the entire country. People are not getting oxygen. But the IPL is going on just for the sake of entertainment. As a cricketer, I can’t accept that. The biggest thing is that the bio bubble of the board has been breached. The situation is not safe for cricketers at all. One player after another is getting infected. So the IPL cannot continue in such a terrible situation. IPL is not bigger than human life.

Rahul Singh, State level cricketer and Rajasthan Royals net bowler – The board has made the right decision considering the situation. At the moment I am in Delhi with the Rajasthan team. And we are being tested for Covid every day due to the Corona panic. Even today we were tested for Covid. Fortunately, everyone in the team got a negative report. We had a net session yesterday, but not this morning. We are in our own rooms now and waiting for the next instruction.

Samik Das, star of the district team – the board has made the right decision. But I think it should have been made earlier. The board could have taken such a decision a week ago. Corona infection is increasing in our country every day. And at the same time, the number of deaths is increasing by leaps and bounds. Even then, the BCCI was only thinking about the revenue. Just for the sake of three hours of entertainment, the BCCI was playing with the lives of so many players. So many people are dying in the capital city of Delhi. People are not getting spaces in the crematorium to do last rites for the deceased ones. But at the same time, the IPL is going on there. It cannot be accepted. The Board should eliminate the idea of ​​making money in these difficult times of the country and should rather help with money.

Rehan Jomail Majumder, star of the district team – they have taken the right decision. The bio bubble of the board is breached already. So the players are no longer safe there.

Mosharab Hussain Lashkar, star of the district team – I think the BCCI has made a good decision. The corona infection has taken a terrible form. So in such a situation, the best option was to call off the IPL.

Now the real question is that even two days ago, there was a big talk on behalf of the board about the bio bubble of IPL. But the bio-bubble is now being criticized as one cricketer after another has been getting infected. Another issue is the lack of Corona test kits in most cities of the country. Whereas, just for the sake of continuing this entertainment called the IPL, so many tests are being done by the Cricketers every single day. On one hand, when there are not enough testing kits in the country, so many testing kits are being used every day in the IPL, is that even ethical? But there are more questions, which still have to be answered by the BCCI itself.