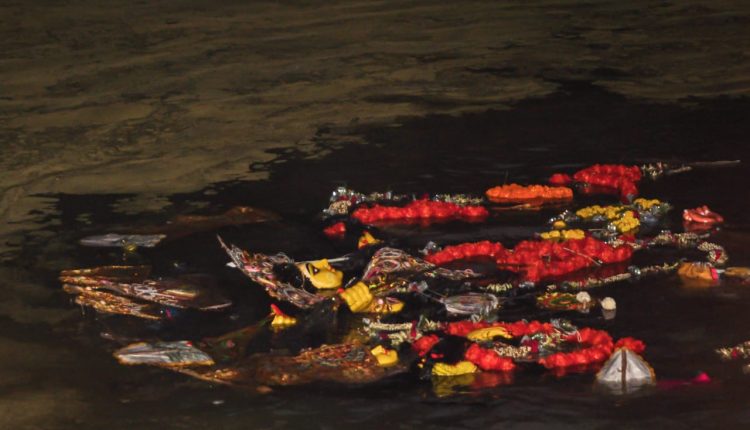 2020 is an unusual year. The pandemic hit devastation that 2020 is, it is giving birth to many new normals. One such was witnessed on October 26 in Silchar. It is “Dashami”, the day idols of goddess Durga and the family is immersed in water to mark the culmination of Durga-Utsav.

In Silchar, hundreds of idols get immersed in Silchar’s “Bisarjan Ghat”, located in Sadarghat. The immersion process begins with residential organisers marching to the ghat with their idols in the morning and then the Puja committees in the evening.

“We had given permission to 125 puja organisers to immerse their idols today. Out of them, 80 were puja committees and 45 families. We ended up immersing 132 sets of idols. The entire process was peaceful with no reports of any unfortunate incidents here in the ghat or anywhere else in the town,” informed the officials of the District Disaster Management Authority. 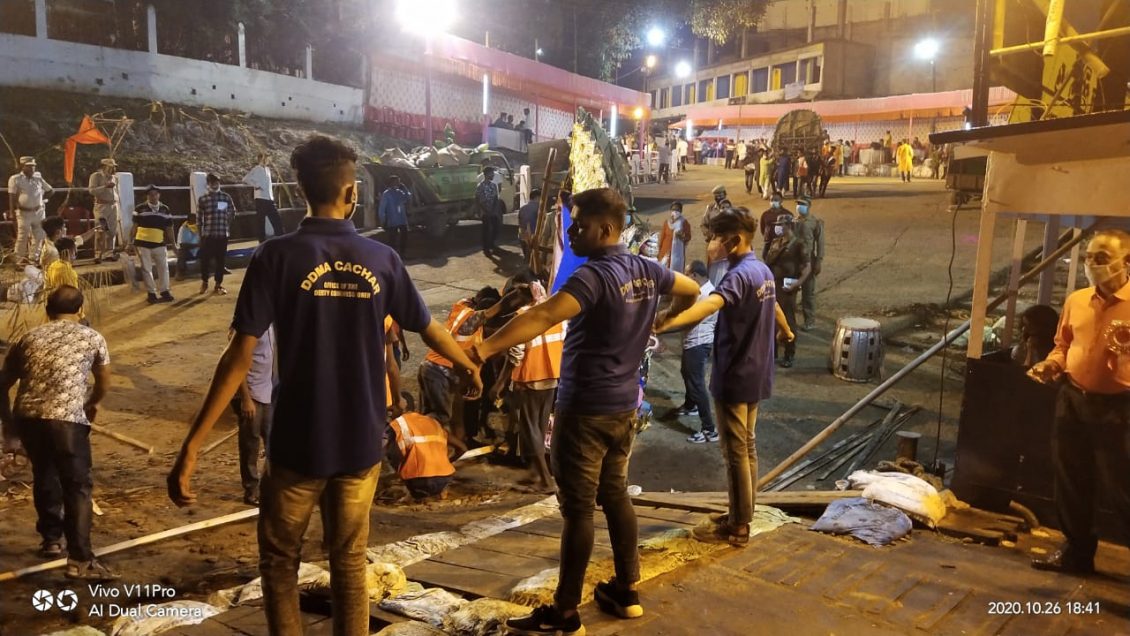 There were NDRF jawans deployed with four life-saving boats to respond to crisis. Apart from them, AAPDA-MITRA Team and Protirodhi Bondhu Team led by Pinak Roy and Ruheli Nath under DDMA Cachar, has laid a helping hand to the administration for Durga idol immersion today, under the supervision of Disaster Management Authority.

The Assam Police officials were at the gate of the ghat controlling the crowd.

While the streets were empty for most parts of the day, in the evening crowd gathered in large numbers and most of them were without masks. Only a handful were following the COVID guidelines and the SOP issued by the Department of Health. Sources in the Police department informed that they were instructed to go “soft” considering the religious sentiments and emotions attached to the immersion of idols.