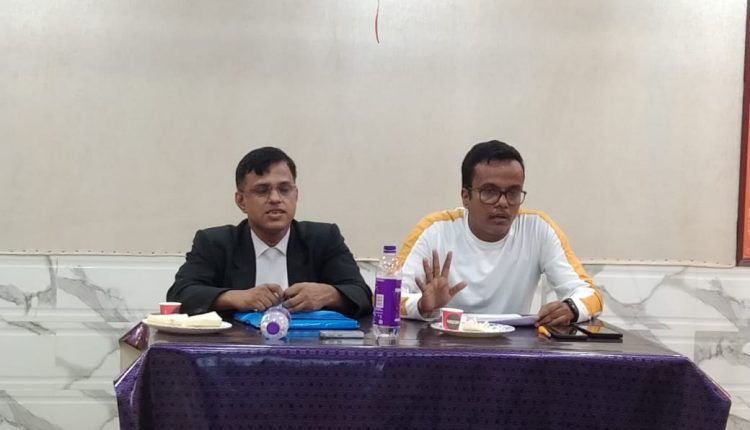 The feud between Assam Olympic Association and Silchar Distrcit Sports Association has now dragged into the court of law. Pranabananada Das, who is a member of the DSA’s Governing body has challenged the decision of AOA for cancelling the membership of DSA Silchar in the court. Now the hearing shall begin and court will decide the matter.

The local sports enthusiasts of Silchar welcomed the fact that a case has been filed against AOA’s decision, as they felt disregarded and demeaned with the stubborn decision taken by AOA in stripping DSA Silchar’s membership. They alleged that there is no valid justification behind AOA’s decision. AOA itself violated their constitution while accusing Silchar DSA of violating the constitution. AOA could have sort the crisis if they had the willingness to do so. They constantly hurt the sentiment of Silchar through their autocratic moves.

Everyone including sports persons to sports organisers of Silchar has expressed their satisfaction over the court challenge. They are anticipating justice from the court of law. On the other hand, few have expressed their satisfaction over the matter that until the matter is sub judice, the current governing committee of Silchar DSA will remain in place.

And this has also shattered the pipe dreams of few those who made the roadmap to grab the power of Silchar DSA. According to the experts, AOA was instrumental in creating the roadmap of power shift in Silchar DSA, the cancellation of its membership was the first step towards that. The next step was to form a committee after cancelling the validity of existing governing committee of Silchar DSA. And the third step would have been to form an ad-hoc committee to take over the DSA. First two steps were completed by the AOA, and there was a fifth column functioning inside Silchar DSA.

There are few members in Silchar DSA who are lobbying against Bijendra Prasad Singh staying behind the curtain. And their dreams fallen flat with the case challenging AOA’s decision. They were eagerly waiting for AOA to form an ad-hoc committee through which they will grab the power of DSA. Silchar DSA is lagging behind because of these power hungry sports organisers, they don’t know ABC of sports but they are here to play with political power. They remain absent from the ground but they occupy the stage and stay in front during photo session.

The state government have many times spoken about the unity among Barak and Brahmmaputra, but does AOA’s behaviour reflected the same spirit? Is this the unity of Barak-Brammaputra? Only those power hungry members of Silchar DSA is responsible for today’s situation, they only work keeping their personal vested interest on mind. They have left a strain on DSA’s glorious history.