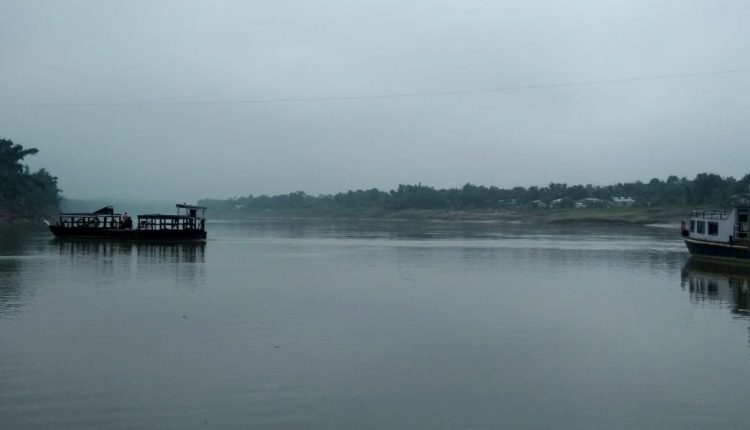 After many debates, appeals, and objections, finally the location to build the new bridge on Barak has been finalised.

This new bridge will be in the middle of the Itkholaghat and Annapurna Ghat, which means, opposite the road to the town club.

A rotary will also be made in the area after widening the road. In addition, a proposal has been sent to Dispur for the construction of the long-delayed approach road to bridge in Madhuramukh. After the meeting with the different departments in the DC’s office, the decision was announced.

NV Paul, Executive Engineer of Silchar Rural Road, presented the details in the press conference organized by the DC along with different departments. The approach of the bridge towards Silchar will be through the middle of the PWD residence and district Judge Building at Trunk Road. 75 crore for the construction of the bridge plus the approach and incidental cost amounting to 96 crores has been sent along with detailed project report.

“It is expected and I hope soon it will be approved,” Architect Pal said after the detail scrutiny of the technical committee’s report  to construct a connecting bridge with Chaitanya town to connect Dudpatil was finalised. The tri junction between trunk road and Town club will be converted to a crossroad and a rotary will be constructed.

Besides, other departments have been informed about development projects from different departments. According to the Department of Works, it has been informed that the estimate of 29 crore for the construction of the district library building has already been sent.

DFO Indradeo Chowdhury said on behalf of the forest department that there is also a plan to create two to three watch towers for tourists at the Barail Sanctuary. We are trying to find a place for a zoo in Cachar. Different locations at Srikona, Paniwara, Dargakona etc has been visited by the department.

FIR filed against MP Sushmita Dev in her own constituency; list includes many others