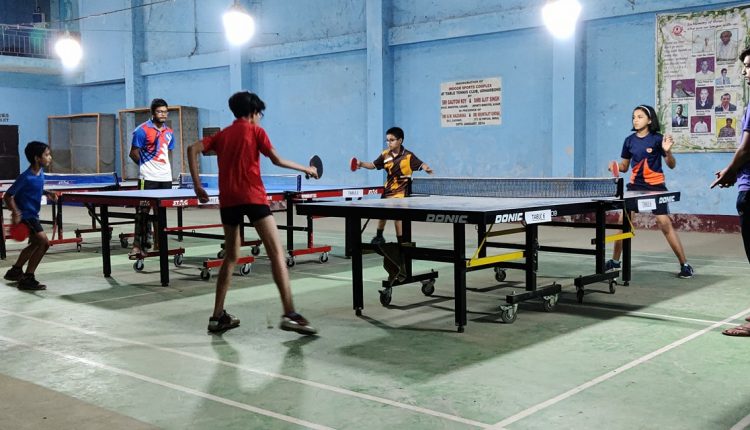 Due to the Corona lockdown last year, the Udharbond Table Tennis Club celebrated its foundation day event in a quite unceremonious manner. This year too, due to the Corona scare, they have decided the tread the same path. This coming 2nd June happens to the 29th foundation day of the Udharbond TT Club. However, just like last year, the members of the club will not be able to celebrate the special day in the usual grandeur. Due to the pandemic, they have to tone down on the celebration of this auspicious day this year as well.

The Udharbond TT Club has decided to celebrate the auspicious day by hoisting the club’s flag on June 2 at 9:30 am. This was stated by the Secretary of the club Pranabananda Das in a statement today. However, the TT Club has also taken another special step for the special day. They have decided to open their academy once again and resume activities from June 2. The academy of TT Club has been closed for more than a month. As a result, it might or could have resulted in a negative impact on the players, both emotionally and physically. With that in mind, after being closed for 37 days, the Udharbond club has decided to resume its academy once again. Another important thing to notice is that there has been no mention of any kind of ban on sports training in the SOPs of the Central and State Governments. In the meantime, the sports practice is being carried out in different cities in accordance with the Covid protocols. Hence, the TT Club has decided now to keep their players mentally and physically fit.

With the announcement of the restart of the academy, the TT Club has also laid down some ground rules and regulations. For example, there will be sessions only in the morning every day. No session will be held in the afternoon, due to the curfew starting from noon. The number of players in practice has also been kept limited. Only two players can take part in each day. And there will be only one coach per day. All in all, only 3 people can attend a particular practice session. A list of the players who are interested in participating in the practice session will be compiled. Then a schedule will be made with all those players, and the players will come to practice according to that schedule. If anybody wants to take part in the practice, he/she will have to get the permission of the guardian.

Wearing masks has been made mandatory for players coming to the academy, keeping in mind the Covid situation. There will be arrangements for thermal screening as well. If someone’s body temperature shows higher than usual, he/she will not be allowed to take part in the session. The TT Club will also provide sanitisers there. The entire indoor will be sanitized before the practice begins. Partha Pratim Deb, Co-secretary (administration) of the academy and Sanjib Sharma, Indoor Secretary, will be in charge of the practice sessions.