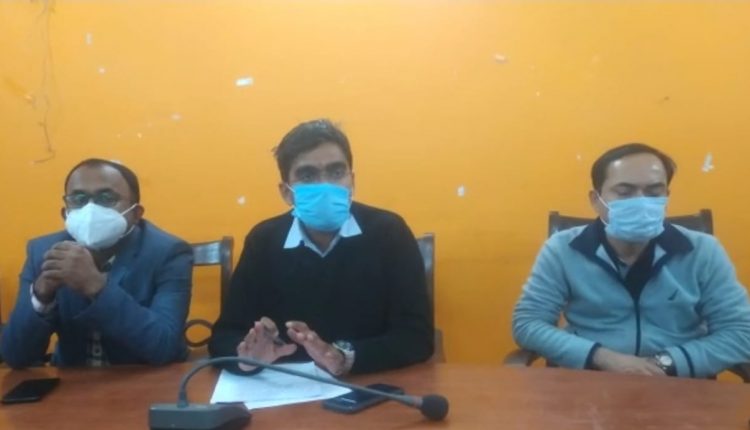 "There was negligence as the temperature was minus 14 degrees," administration takes responsibility for 1,000 wasted Covishield vaccines; "Storage facility was fine": Bezbaruah

The process of inoculating people with covid vaccines started from January 16 in Cachar district in sync with the rest of the country. However, on January 17, hundred vials of the Covishield vaccine equivalent to 1,000 doses got damaged and subsequently dismantled as the storage facility at Silchar Medical College Hospital overdid the cooling beyond the imposed norms. The whole process got suspended on Monday. Although the process started on Tuesday, only ten percent of the registered doctors and health workers at Silchar Medical College Hospital were vaccinated.

Meanwhile, the state Health Department has taken the matter very seriously as the covid vaccine manufacturing process is still in it’s initial phase and more time is required to make enough doses available for everyone. On Wednesday, the district Health Department called a press conference for giving their own clarification.

Additional Deputy Commisioner Sumit Satyawan and Health Department official Sumon Choudhury said the Health Department is taking responsibility for the untoward incident. They also admitted that the department was negligent about the process and lacked co-ordination. A show cause notice has been sent to the concerned officials and the genesis will be clear when their reply is received.

Meanwhile, Principal of Silchar Medical College & Hospital Babul Bezbaruah told the machine used in the hospital for storage of vaccines was not faulty. There maybe another reason behind the loss of vaccines he feels. However, he did not elaborate on it and added that an investigation is underway at the departmental level. A special team from Guwahati is underway to Silchar for investigation under the direction of the State Government’s Health Department. They will look into the matter impartially.

In the special press conference held today evening at Silchar Civil Hospital, Additional Deputy Commisioner Sumit Satyawan said, “What happened wasn’t expected by us at all and we didn’t want that to happen. Health officials have been trained through the Zoom app for about two months as mandated by the Health Department. Seniors officials were deputed for accomplishing the task and they took it voluntarily. We believed in them because they had contributed to the vaccine delivery system for so many years. A show cause notice has been sent to explain why 1,000 Covishield doses were sent to Silchar Medical College Hospital against a very minimal number of benificiaries on that day. Our primary investigation however says that there was some negligence and the whole department is responsible for it. Birla Barman, a senior GNM who was in charge of looking after the vaccines at Silchar Medical College and Hospital said she didn’t receive any message when the temperature inside the vaccine storage facility dropped below 2 degrees celsius which breached the storage temperature for keeping Covishield vaccines. Whether she is speaking the truth or not is a matter of investigation.”

After this incident, the district Health Department has created some new rules. A maximum of 100 doses of covshield vaccine will be shipped to a total 25 session sites in the district. Apart from Silchar Medical College Hospital and Civil Hospital the vaccination process has not started yet in the remaining 23 sites. However, the whole setup has already been developed and as per the new rule a person assigned to each session site as a vaccinator must report every two hours from 8:00 am to 1:00 pm and every four hours from 8:00 pm to 8:00 am to make sure that he is looking after the vaccines. If he can’t do that over a text message or online then atleast a call has to be made by him for informing the concerned officer. If he still fails to do that even once then he will be severely reprimanded for negligence in duty.