One of the most misinterpreted aspects of Hailakandi’s (also known as middle-Hailakandi) electoral character is considering it as a mere ‘AIUDF bastion’.

Such a casual generalisation ignores the interesting electoral history of Hailakandi since 1952. For any constituency to be designated as a bastion of any party, it must have an unquestionable grip over the results of elections for a very long time. Hailakandi’s electoral history attests to the fact that it cannot be dubbed as a bastion of any one particular party. Hailakandi’s hat has an uncanny habit of propping up the most interesting surprises. Such surprises can fly in the face of all the assumed equations of religion, caste or creed. Factors, unimaginable to the brightest of election pundits, can swing the election decisively in LA -6. To give you a hint as to how fickle Middle Hailakandi’s electoral mandate can be, let’s put some interesting facts about its electoral history.

Among the 14 times, Hailakandi voted for electing an MLA, Independent Candidates have won thrice. In a constituency where the Muslim population far outnumbers the Hindu population, Bharatiya Janata Party’s Chittendra Nath Mazumder had won this seat in 1991. In 1978, Hailakandi crowned CPM’s veteran leader Dipak Bhattacharya as it’s representative. The father-son duo of Abdul Matlib Mazumder and Abdul Muhib Mazumder has won this seat 7 times for the Indian National Congress. Soon after it’s inception, AIUDF made its way into Hailakandi and Hazi Salim Uddin Barbhuiya was elected as the MLA in the 2006 Vidhansabha elections. When the political commentators thought that AIUDF will become the unchangeable reality of Hailakandi, the veteran warhorse of the Indian National Congress, Abdul Muhib Mazumder won the seat again in 2011 – the most interesting hearsay was that overwhelming number of Hindus voted for Abdul Muhib Mazumder in his last election.

The 2016 Vidhan Sabha elections should be our best reference point to understand the voting patterns in LA-6. The failing health and lack of ground presence of Abdul Muhib Mazumder throughout his last tenure dented Congress’ prospects in 2016. In the 2016 elections, Congress’ Anam Uddin Laskar had to concede a humiliating defeat with 9,287 (less than 10% vote share). A rebel candidate from the Congress, Zakir Hussain Laskar, disgruntled with the ticket distribution contested as an Independent. To everyone’s surprise, Zakir Hussain Laskar managed to cross 15,000 votes. The ‘Modi Wave’ consolidated the Hindu votes towards the BJP. Soumyajit Dutta Choudhury of the BJP lost only by a thin margin of 2,608 votes to the AIUDF’s Anwar Hussain Laskar. The unpredictable ‘Zakir Factor ‘ gnawed into the Muslim vote consolidation in favour of AIUDF and almost ensured the repeat of the 1991 victory of the BJP in Hailakandi.

2021 Elections – How are the dices placed this time?

Zakir Hussain Laskar, the person who became the biggest headache for the AIUDF in the last elections, has managed to get the ticket from AIUDF itself. Congress, an ally of the AIUDF, has decided to support Zakir Laskar as Mahajoth’s candidate. This decision to give the ticket to Zakir Laskar has offended many in the Congress. Hilal Uddin Laskar, an Assistant Professor of Srikishan Sarda College and an old guard of the District Congress, disgruntled with Mahajoth’s decision to give away the ticket to Zakir Laskar, has decided to contest as an Independent candidate. BJP, on the other hand, has fielded the former President of Assam university Students’ Union President, Milon Das, as their candidate. 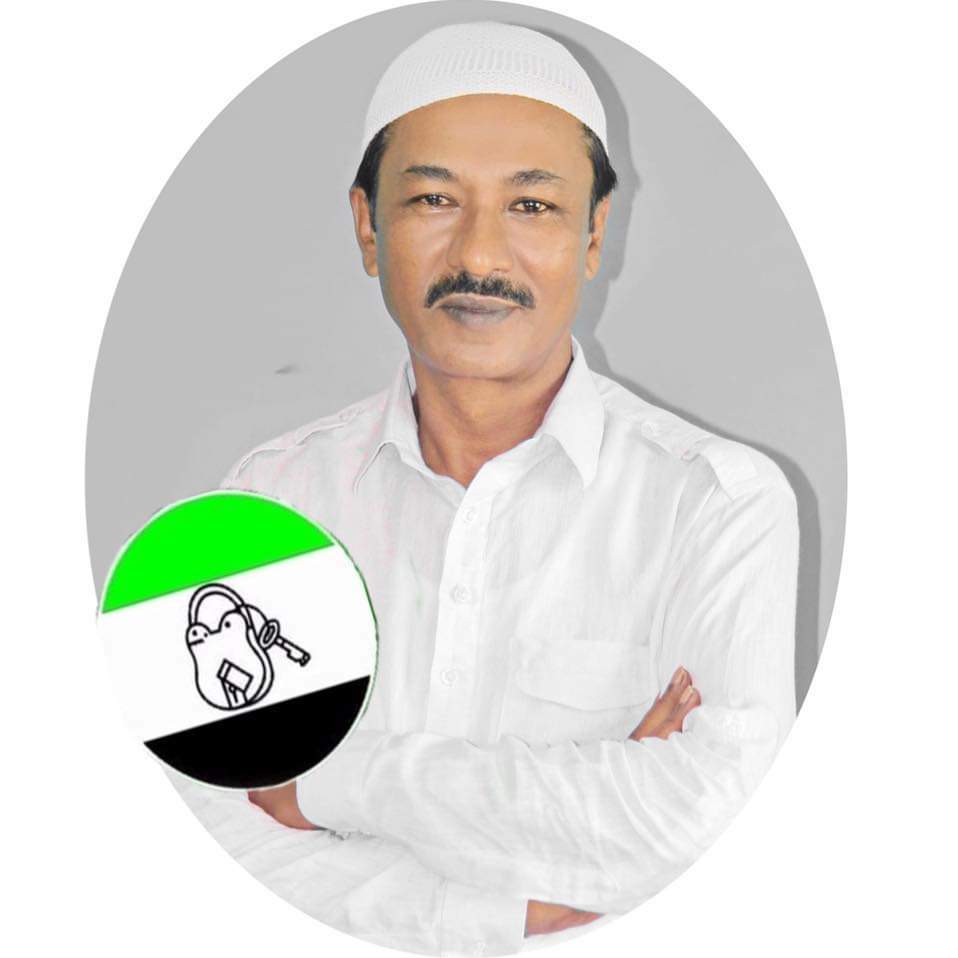 Zakir Laskar holds sway over the rural Muslim voters of LA -6. Moreover, with the emergence of BJP as the most formidable force in national and regional politics, Zakir will enjoy the advantages of a communal polarisation in the run-up to the elections. More so importantly, Zakir Laskar is said to have a grip over some Hindu dominated villages in the outskirts of Hailakandi town. Zakir’s impressive last hour powerplay in the last elections indicates that he has a huge loyal voters base. Zakir has successfully portrayed his image as a poor friendly and accessible politician. If Zakir Laskar can consolidate the Muslim voter’s base and contain Hilal Laskar’s rebellion, he is poised to wrest this seat for the AIUDF quite comfortably. 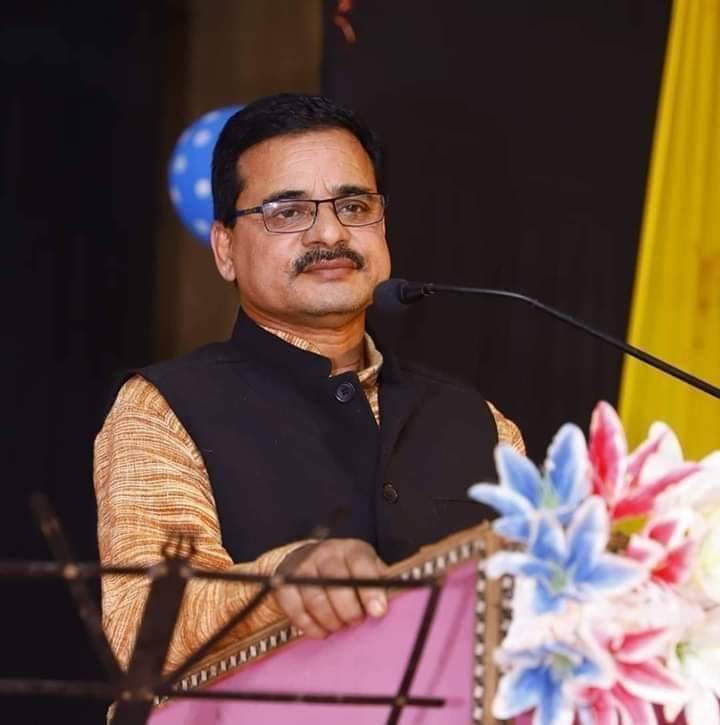 Professor Hilal Laskar contested from the Hailakandi constituency on a Congress ticket in the year 2001. He managed to secure only 2,442 votes. However, if the whispers are to be believed, Professor Hilal is fast gaining momentum among the urban Muslim voters of Hailakandi. Hilal Laskar is relying on the following factors –

1) His educational qualifications and his stature as a teacher. He is successfully rallying around the argument that Hailakandi deserves an educationally qualified candidate.

2) Allegations against the AIUDF that it sold the ticket to Zakir Laskar for an outrageously huge amount. In one of his election rallies, Professor Hilal Laskar, said, “Where would the educated and the qualified candidates go in future if tickets are getting sold for crores of rupees?.”

3) Betrayal by the Congress High command. Hilal Laskar is beating on the point that Congress has betrayed him after years of service to the party by conceding the seat to, what he considers, a less deserving candidate. 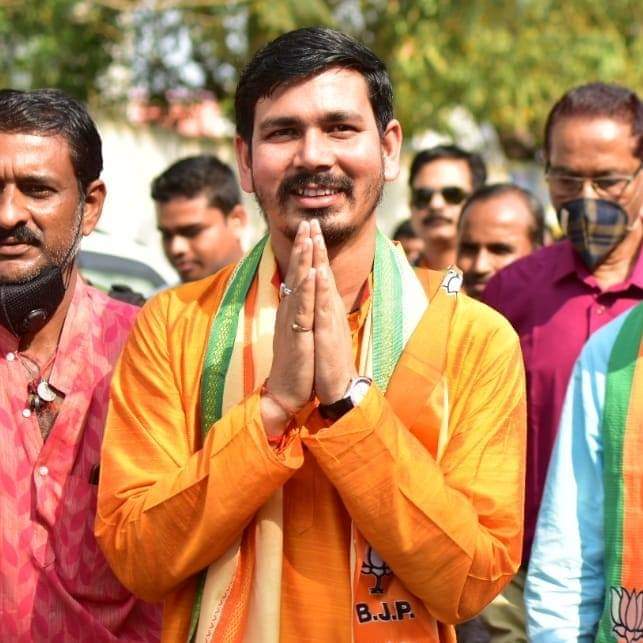 In the history of LA-6, BJP has won the seat only once. In 1991, Hailakandi legislative assembly constituency had a total of 95,489 electors. 72,533 valid votes were cast. Bhartiya Janta Party candidate Chittendra Nath Mazumder won and became MLA from this seat. The elections were held in the aftermaths of the riots of 1990 in a highly polarised atmosphere. He secured a total of 28775 votes. Janata Dal candidate Sahabuddin Chowdhury stood second with a total of 15,761 votes. Thus, Hailakandi has always been an extremely difficult seat for the BJP to win.

In the last Assembly elections, the BJP almost got through and lost only by a margin of 2000 odd votes. In the demographic break up of Hailakandi, there were rumours of BJP fielding a candidate from the Muslim community in this election. However, the BJP has pulled out a surprise and it has trusted Milon Das for securing the difficult turf of Hailakandi. Milon Das, a former President of Assam University Students’ Union, enjoys formidable popularity among the youth of Hailakandi’s urban population. The cadres of the BJP seemed to have found a new lease of life with Milon Das’ candidature. Milon Das also enjoys the patronage of the Rashtriya Shwayamsevak Sangh (RSS) owing to his roots in the organisation.

Moreover, his educational qualification of a doctorate in Environment and Ecological Sciences has given him a sense of acceptability in many educated circles of Hailakandi. His candidature has disappointed some old guards of the BJP. Khitish Ranjan Paul, a former BJP District President, has decided to contest as an independent candidate. According to him, “I have given my blood and sweat to this party. When people couldn’t dare to hold a BJP flag in Hailakandi, I raised this organisation bit by bit ”

If one has to weigh his chances, the following factors have to be considered-

1) Will the Muslim votes get consolidated in favour of one candidate?

2) Will BJP be able to neutralise the dissenters and detractors within the ideological family?

3) With his RSS background, will he able to convince a sizeable urban Muslim youth population with his work record as the Union President of Assam University Students’ Union?

4) Will he able to consolidate the Hindu population in his favour?

In all assessments, Milon Das faces an uphill task in Hailakandi. But as we know, Hailakandi can offend common wisdom and he may emerge as the youngest MLA from the BJP. As of now, all three candidates are locked in a tight three-way contest which rests on a number of swing factors. Much before Debangshu Bhattacharya of the Trinamul Congress popularized ‘Khela Hobe’, there used to be a popular election jargon in Hailakandi- ‘Khela to shob sesh rait’. Hailakandi will be an election worth observing.