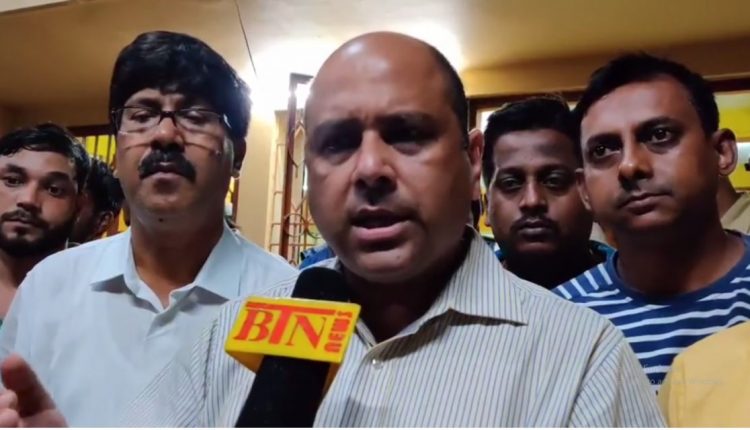 Moments after the fatal accident that took place in Meherpur, Silchar where a speeding truck ran over an idol-immersion-procession, MP Rajdeep Roy and deputy speaker, Assam, Aminul Haque Laskar rushed to Silchar Medical College and Hospital. A doctor himself, Rajdeep Roy interacted with the patients and their attendants.

He expressed his condolences to the family of both Pompa Dey and Saloni Das who lost their lives and said that the government will immediately release funds and compensate the family.

Since the accident was caused by a truck during the no entry period, people of the valley are irked at the negligence of the administration. Roy said he and deputy speaker questioned the Police department and “pressurised them” to identify the traffic police official who was on duty in that zone and take action. “What we have got to know is that the driver has been taken into custody and a traffic police official has been suspended. It has to be someone’s mistake due to which this accident took place, we have seen journalist Malin Sarma, Jagadish sir lose life in such accidents. Both me and deputy speaker made it clear that immediate actions need to be taken,” concluded Roy.

Urgent need of A+ blood in SMCH, Civil; forums, doctors appeal to donors