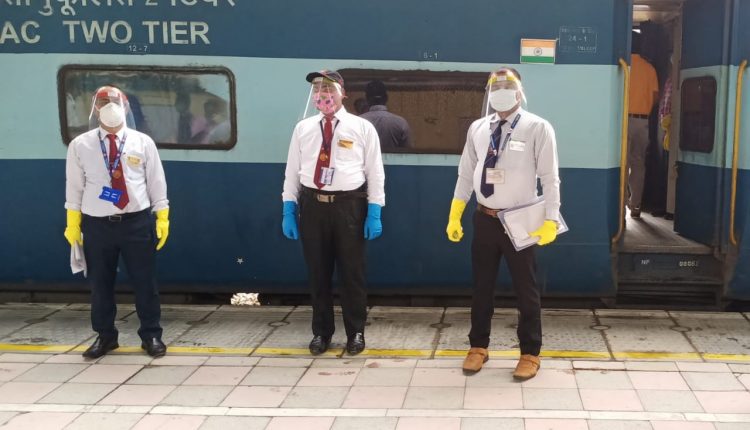 Trains, Airlines will continue to operate during lockdown, night curfew in Assam

Considering the rise in the number of cases especially among those without travel history, the Assam Government has announced a fresh set of restrictions. A 14-day lockdown in Guwahati, weekend lockdown in all areas under municipality and town committees, 7:00 PM to 7:00 AM night curfew across the state among several others.

This new set of guidelines, though well defined, have caused a lot of confusion among the mass. Many have been questioning about railway trains and Airlines. They have been wondering how they would reach airports and Railway Station during the lockdowns and if the train will be able to pass through Guwahati.

To clear all the confusion, the public relations office issued a statement clarifying all special-mail-express train to and from NF Railway zone will continue to run in the restricted manner as they were. The newly imposed lockdowns will not disturb the train schedule, confirmed the office.

The trains that will continue to run are:

And from North Bengal the following trains will continue to run as earlier.

It is worth mentioning here that in continuation of the measures taken in the wake of COVID-19, Railways has decided to cancel all regular passenger train services on Indian Railways including Premium trains, Mail/Express trains, Passenger trains services, Narrow gauge trains, etc until further advice. Accordingly, all other long-distance and local passenger trains will remain canceled up to August 12, 2020, except above eight trains to and from NF Railway.

A full refund of ticket money is being made who booked their tickets on other trains from July 1 to August 12, 2020. Goods and Parcel trains will also continue to run as earlier.

Same is the case with Airlines too. They will take off and land as per schedule.

All passengers with valid tickets can go to the airport or railway station during the lockdowns or night curfew hours. They need to furnish their tickets and that would work as the pass, said, ADC Cachar, Sumit Sattavan.

To know more about it click here and read: Air, Railway Passengers Can Travel During Lockdown; “Their Ticket Will Be The Pass”: ADC Sumit Sattavan

10 more COVID positive cases in Cachar; One factory worker without travel history among them