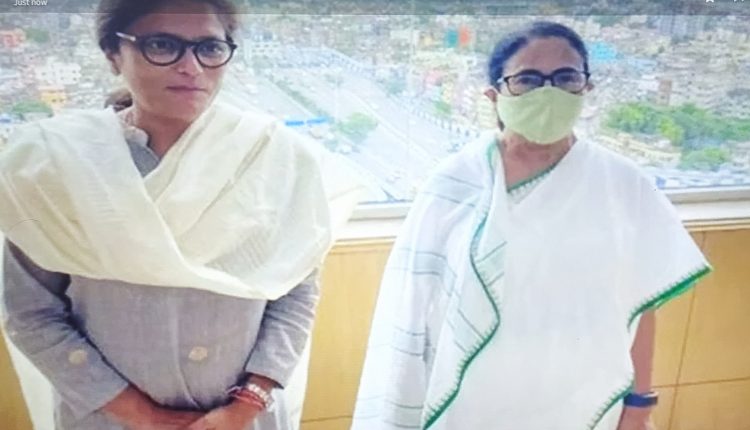 The All India Trinamool Congress (AITMC) came out with this announcement on their Twitter handle when they wrote, “We are extremely pleased to nominate @SushmitaDevAITC to the Upper House of the Parliament. @MamataOfficial’s vision to empower women and ensure their maximum participation in politics shall help our society to achieve much more!”

The former All India Mahila Congress (AIMC) President, Sushmita Dev also took to Twitter to express her feeling and gratitude after this revelation, “I am overwhelmed. I thank my leader @MamataOfficial from the bottom of my heart. Her conviction to see more women in parliament is exemplary. To give someone from North East is path-breaking. I will do my very best.”

The news came as a confirmation to all the rumours going ripe ever since the politician daughter of former Union Minister and veteran Congressman Santosh Mohan Dev, joined the Trinamool Congress party amid massive controversy surrounding her exit from the Indian National Congress (INC) last month.