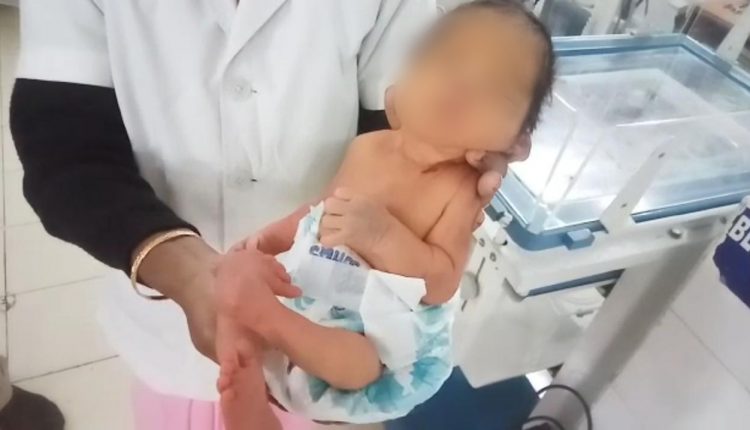 In a recent development to the abandoned newborn baby at Silchar Narishikha Hospital, the “Assam State Commission for Protection of Children’s Right” has addressed a letter to the Deputy Commissioner and Superintendent of Police, Cachar. The newborn abandoned by her biological parents by bribing the sweeper of the hospital are residents of Dharmanagar, Deanpara. Sampi Deb, the mother and Digbijoy Das, father of the baby born on 2nd January 2022 had abandoned her just a week after the birth while she was being discharged from the hospital after follow-up treatment.

Dr. Sunita Changkakati, the Chairperson of the Commission, has mentioned in the letter based on a complaint received that “parents abandoned her (newborn girl) as she is a specially abled child by bribing the hospital’s sweeper”. The Commission has requested the DC and SP Cachar to “take an immediate action to rescue and provide appropriate care and protection to the baby girl under the Preventions of Juvenile Justice (Care and Protection of Children) Act, 2005.”

The Commission has further requested to “take necessary action to arrest the accused at the earliest.” The letter also mentioned, “The action taken report shall be communicated to the Commission within 7 days from the date of receipt of this letter”. The letter was dated 11th January 2022 at Guwahati.

It is worth mentioning that while the sweeper was carrying the baby to dump in a dustbin or a low footfall area, the locals apprehended the man and later handed him over to the hospital administration. The spokesperson of Narishikha has confirmed that the man caught is in fact an employee of that hospital and the matter has been reported to the Police.