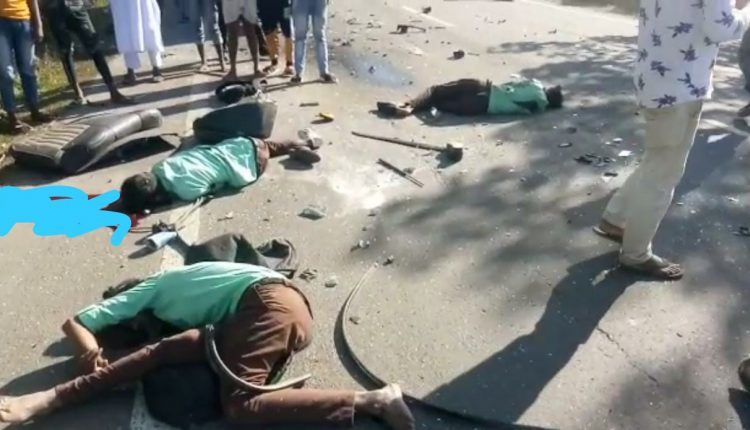 In a tragic turn of affairs, four students died on the spot in a road accident in Katigorah area.

As per available information, a Maruti Suzuki Alto car with students in it collided head-on with a truck coming from the opposite side. In the Katigorah area, the collision took place.

An eyewitness said, “Four students died on the spot, two dead bodies were lying on the road.  After the collision, the Alto car fell into a ditch 50 metres away from the spot of impact. Both the vehicles were at full speed and that is why the accident turned out to be a fatal one.”

The eyewitness added, “Three of them tried to escape from the car and their dead bodies were found on the road. Whereas, one dead body was recovered from the ditch where the car fell off. We fear the death toll could rise further, as according to our observation there were six people inside the car.”

One student has been rushed to the hospital in critical condition. “All of them are students of NC College located in Badarpur,” informed the locals. The Alto car was traveling towards Kalain from Badarpur.

OC of Katigorah Police station said that the locals are agitating and not allowing Police to enter the spot. “All of them are residents of Gumrah area in Kalain. Two students have been declared dead by the local hospital and dead bodies of two students are still lying on the road. One student has been referred to Silchar Medical College and Hospital and his condition is critical,” said Nayanmani Singha, OC Katigorah.