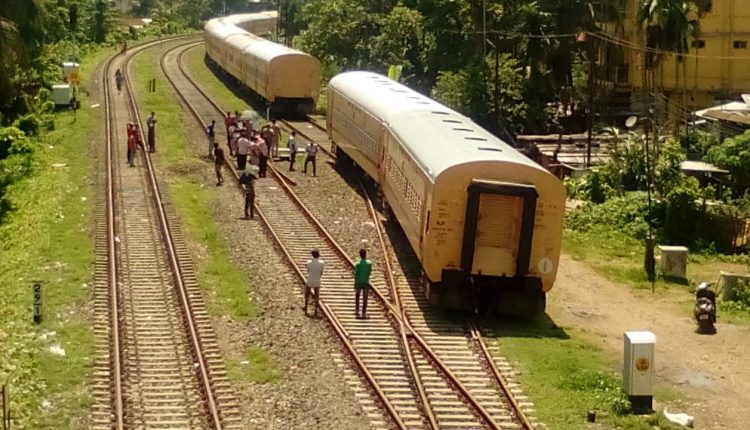 Two coaches of an empty rake derails in Silchar while shunting; “No casualties,” CPRO

Just at the outskirts of Silchar Railway Station in Tarapur, two coaches of an empty rake got derailed. The incident took place today afternoon. The accident occurred in the presence of Railway officials and was immediately reported to the concerned authorities.

No casualties have been reported so far. The investigation into the incident is underway and the cause of the derailment is yet to be ascertained, said a senior official at the NF Railways.

Sources informed Accident Relief Train has been mobilized from Badarpur. A team has also been deployed to ensure that the coaches are railed back to the track following the scientific procedures.