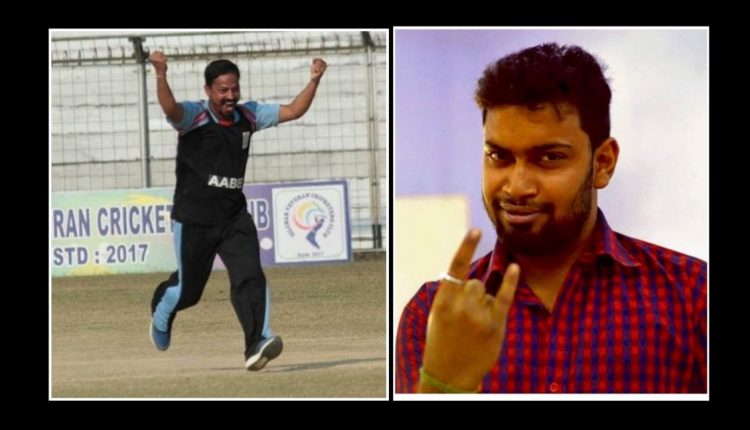 Two deaths that shook Silchar: Will it result in some sincere actions or only assurances?

As you read this today, the ‘shraddha ceremony’ of Sayantan Chakrabarty is being held after his tragic death due to the absence of proper medical facilities in Silchar. Sayantan was a young 25-year-old man who was working as a business development manager at a private firm in Kolkata. He was in Silchar for his puja vacation. He complained of chest pain on October 8 and was rushed to a private nursing home and then to Silchar Medical College and Hospital with no facilities for an angioplasty, that was required as he had suffered a cardiac arrest. While on his way to NEIGRMHS Shillong, Sayantan breathed his last. Nothing can be as tragic in this age and time for all of us when a young man has to die due to lack of medical facility in a town which is considered as the second biggest and busiest in Assam.

Exactly 72 days before Sayantan’s death, in July, another precious young life was lost. Video journalist, Malin Sharma died after succumbing to a massive road accident involving a truck whose rouge driver and the vehicle is yet to be traced and found. Loaded trucks run amok in Silchar almost every night and most of the drivers are found to be underaged, often drunk and without any license or papers for the materials they carry. The mismanagement of truck movement inside the city in the late evening hours has been an issue of concern for months but no steps are taken to control them.

Both these deaths have shaken the people of Silchar and the entire Barak Valley. For one, both of them were two very good human beings who endeared themselves to society and both of them died so tragically at such young age. The cases of Sayantan Chakrabarty and Malin Sharma are not the only cases, there are plenty of unreported similar cases that are taking place regularly in Barak Valley. Precious lives are being lost due to accidents primarily because of reckless driving and the missing or indifferent traffic management.

Also medical facilities for critical emergencies despite the mushrooming of medical entities are almost missing. Silchar Medical College and Hospital (SMCH), the only one in the valley and the Silchar Civil Hospital don’t have major critical care facilities that can save lives when sudden attacks happen.

The nursing homes are also in a similar situation and many of them run on fake or unrenewed licenses. Both these incidents demand action and accountability but there will be none as is the usual way in which administration functions in the district and most parts of the state.

It is thus pertinent to dwell on both these situations more closely. Firstly traffic management. Vehicular traffic has increased leaps and bounds last couple of decades but roads have remained the same. Along with the motor vehicles, slow-moving rickshaws and the e rickshaws ply on the same route and in a lawless manner. The traffic flow management seems to be completely out of grasp and despite one way procedures in a few areas, traffic regulation needs a fresh relook. Along with that enforcement is crucial, it is reported that the traffic force is inadequate to manage on the ground and so the whole capacity building has to be addressed from police leadership in Guwahati. Some drives need to be undertaken to discipline the truck drivers  and nab them when they violate license norms and traffic rules. This will solve a major issue. Similarly pedestrian footpaths are missing in most places either due to hawker presence or broken and unprepared state. Also a large section of the people don’t follow the rules and a case in point is the two wheelers that continue to drive without helmets. After Malin’s passing away, the renewed awareness around traffic issues fizzled away in a matter of few weeks. In my four trips to Silchar since his death, I’ve observed it is back to the same old situation and missing traffic management.

Critical medical facilities remain an area of concern. A cardiac or neurological issue cannot be treated in Silchar or the entire Barak valley with the right expertise. It is a matter of concern that the SMCH which celebrated its golden jubilee in 2018, doesn’t have the departments of cardiology, cardiovascular, neurology and neurosurgery departments in place not to mention many other that might be non critical in nature. Various reasons are provided and it is disgusting to even dwell on them knowing the lackadaisical approach of the government and the game the vested interest that the lobby of nursing homes and doctors play. The political representatives have failed to demand and get these life saving departments in place. At the end of the day precious lives are lost and crocodile tears shed over their deaths without ensuring the remedial measures.

People of entire Barak Valley especially the poor people are dependent on SMCH for any kind of medical requirement but due to lack of facilities everyday many people have to return without treatment or have to go to those fleecing nursing homes or to other cities and many even die during transportation. Even the civil hospitals in all the three district headquarters are simply not ready with capacity to deal with emergencies.Silchar Civil hospital should have been groomed up to be the first port of call from critical care and emergencies. After more than 70 years of independence, this shouldn’t have been the situation. On the other hand because of its location, Silchar could have been a health destination from all the neighbouring states and even Bangladesh and adjoining Dima Hasao district. The scope to still work on this is very much possible provided there is sincerity and understanding.

Both these cases also lead us to think about the overall future plan for Silchar and almost Barak valley. Some of the key parameters need to be enlisted, studied and a roadmap prepared so that civic conditions and medical ecosystem are factored in more effectively. Such an approach will entail expansion of the town, redrawing of some avenues so as to decongest the town. The opportunity is still there but where is the sincere desire. The whole approach has to be undertaken together by the authorities and the civil society and in a time bound manner. The state government and its urban planning department has to seriously support such an effort and ready the town before it is taken to the smart city pedestal as a natural continuation. Proper medical and civic facilities will be crucial as also parks and open areas so that people have quality air to breathe. While the approach should have been to decongest the town and build avenues outside, the municipality itself has nailed such a line by trying to get an amusement park built in the centre of the town in the only available green patch of Gandhi Bagh. This oxygen belt should have been developed into a park for people to walk and be with nature rather than become a concrete jungle. In every city and town across the world, municipal planning ensures such green patch remains available and fortified by laws so that nobody can change them or even violate. An amusement park or the related paraphernalia is always best suited to be away from the centre of the town so that the expansion happens and more development set in. Recent reports about the cleanliness factor in Silchar is also shameful and nobody can deny the presence of municipal wastes in hordes in town areas to the discomfort of residents and people passing by those areas. Cleanliness drives should become a habit and sincere effort rather than photo sessions for social media.  It is very crucial to understand the priorities and think of generations ahead rather than proximal considerations. This civic, health and medical and traffic situations need a more optimal approach sooner than later.

As we pray for the eternal peace for the departed soul of Sayantan today, let us ensure to see that this should be the trigger for action on the ground both at governmental and civil levels. Both Sayantan and Malin’s lives could have been saved if timely action was there. That we have sadly lost them should be our resolve to sincerely reorganise the medical, traffic and civic  ecosystem in Silchar and entire Barak valley. Before more damage is done, this will be the right step.