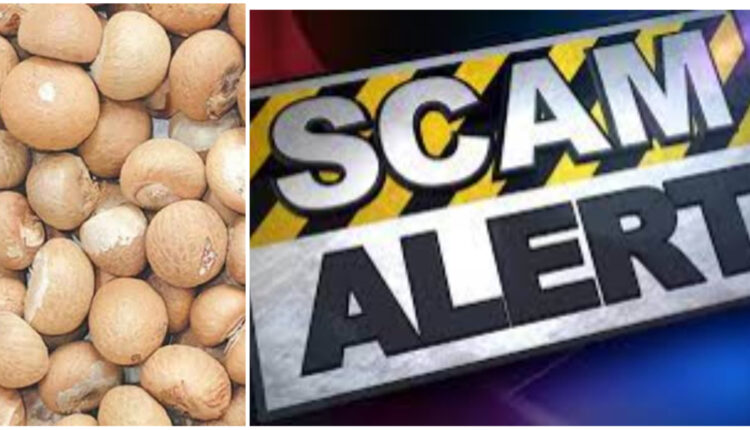 It has been alleged that the smuggling of Burmese betel nuts was going on via the road that connects Mizoram’s Vairengte with Cachar’s Khulicherra. There’s a camp of 6 AP battalion in Khulicherra which was established after the border skirmish with Mizoram two years back. Vehicles that pass through the camp are checked by the police personnel there.

Last Sunday, two mini trucks carrying Burmese betel nuts were caught from Bagha and Kabuganj by Dholai Police. Many bags of Burmese betel nuts were recovered. After the seizure, two police personnel from the 6 AP battalion from Khulicherra camp and a civilian named Saleh Ahmed reached Dholai Police Station. They asked the Dholai Police to release the two mini trucks. The patrolling police of Dholai refused to let them go and informed the matter to Dholai OC.

Next day, the three were taken to Dholai Police Station. The SP of Cachar and the Commandant of 6 AP Battalion reached Dholai Police station and took their statement. The two police personnel of 6 AP battalion were handed over to the Commandant by Cachar SP for departmental investigation. Saleh Ahmed was arrested and taken into police custody. It has been alleged that Saleh Ahmed was involved in a “passing mafia” that mediated with Burmese betel nut smugglers and police. His home is in Amraghat.

Based on his statement, police are searching for three people who are the owners of the seized Burmese betel nuts. The three fugitives are Hillal Uddin and Saharul Hussain from Islamabad, Bagha; Sappon Ahmed from Kabuganj. It has been alleged that these three people along with the two police personnel of 6 AP battalion were involved in the syndicate of Burmese betel nuts. From each truck, they used to collect 10,000 to 20,000 rupees for releasing them.

Speaking to our correspondent, the Commandant of 6th AP battalion told, “SP Cachar reported this act of indiscipline to us and we have initiated action as per law. What we have gathered so far is that the two personnel went to the police to speak on behalf of the alleged smugglers who also happened to be residents of the same village.”

The Commandant added, “As an initial punishment, both of them have been transferred to two different locations, remote to their home location. The department will take further actions as per protocols.”