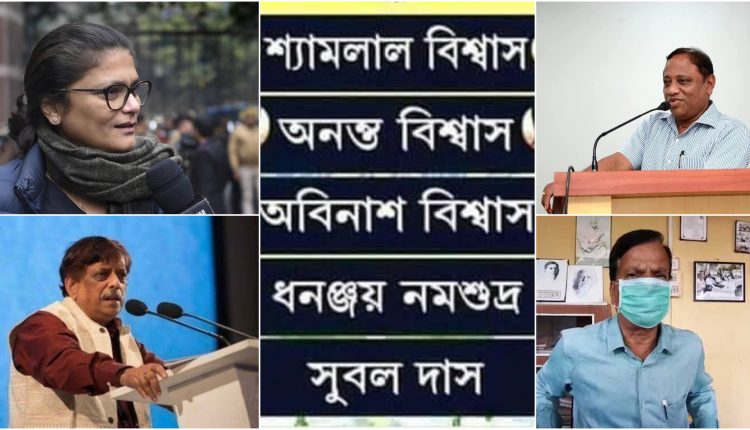 As the Bengali community in Assam continues to remain oblivious to the perils of an inevitable implementation of Clause 6 of Assam Accord, as it continues to find solace in the dubious benefits of CAA, waiting in perpetual patience for the fulfillment of promises in the Vision Document of 2016, as it continues to remain embroiled in irrelevant debates along religious lines, 1st of November, 2020, marked the second anniversary of the gruesome Dhola massacre.

On 1st of November, 2018, a group of militants purportedly belonging to ULFA(I) lined up five innocent Bengali speaking villagers of the Kherbari village in Tinsukia District and shot them dead. The assailants, suspected to be members of the United Liberation Front of Assam – Independent [ULFA (I)], were reportedly dressed in army attire.

“The victims were at the shop of Shyamlal Biswas (one of the five killed in the attack) when the militants arrived,
lined them up outside the shop and shot them from zero range,” said Prasanta Sagar Changmai, Superintendent of Police, Sadiya district.

That the massacre was orchestrated to specifically target Bengalis became indubitably clear after the statements of, Nepali-speaking father-son duo who came face-to-face with the gunmen minutes before the shooting.

According to a report published in The Indian Express, the 56-year-old dairy farmer and his son were returning on a motorcycle after arranging bamboos for their cowshed — referred to as “Khunti” — on the banks of the Brahmaputra River which houses 30-odd cows and buffaloes. They met the suspected militants as they were lining up the six men — one of them survived — to shoot them dead.

“As our bike approached the small bridge over a stream, we saw a few men. Four of them were in military fatigues, had a bandana over their head and a black cloth tied as a mask on the face. I was not in a position to observe accurately, but I think I saw two of them holding a rifle each. Some other men were lined together,” the father said.

“We did not know what was happening. The gunmen shouted at us to turn off the motorcycle’s light. We did and got off our bike. One of them asked in Hindi, ‘kahan se aaya’ and we replied, ‘khunti’. Then he asked, ‘kahan jana hai’ and we told the name of our village,” he added.

“Then the gunman said, ‘jaldi jao’ and we started briskly walking holding the bike. Minutes later there was a series of gunshots. We were frightened. We let the bike fall on the road and ran off to a house we could see,”

Dhola massacre should have remained engraved in the memories of every self-respecting Bengali speaking citizen of Assam. On the contrary, the Bengali community seemed to have slid into amnesia about the whole incident. Right after the barbaric killings were perpetrated, assurances and promises of a thorough investigation and subsequent nabbing of the militants responsible for the carnage were promised by many leaders of the ruling dispensation including Rajnath Singh, the then Home Minister of India.

It may be worthwhile to revisit all the assurances from various leaders of the top brass of the ruling dispensation.

“I have spoken to the CM (Sonowal) and asked him to investigate the matter. I have told him that strictest action should be taken and culprits should not be spared,” – promised the then Home Minister of the Union of India.

“Chief Minister Sarbananda Sonowal strongly condemned the killing of innocent people near Dhola in Tinsukia district by unidentified miscreants today evening.” Further, Sonowal said that the perpetrators of the crime would be dealt with a firm hand”- read the Press Release from the Chief Minister’s Office.

Two years down the line, all the tall promises of bringing the perpetrators to justice have evaporated into thin year. What is even more shocking is that nothing conclusive has come out of the subsequent investigation into the gruesome killings. Are the Bengali lives so easily dispensable?

To answer this question, Barak Bulletin got in touch with some of the prominent voices of Barak Valley. Their reactions reflect deep anguish and anger over the manner in which ‘Dhola shootings’ has been dealt with.

“The status of Bengalis in India is akin to animals in a slaughterhouse. Didn’t you see what happened at Munger in Bihar? Don’t you see what is transpiring in Meghalaya and Mizoram Border? The intellectual girth of Bengalis has posed a threat to many authoritarian regimes in the past too. However, I firmly believe that there has never been a greater enemy of the Bengalis than the political party that rules our country now.”

Sushmita Dev, President of the All India Mahila Congress and a former Parliamentarian from Silchar.

“Five Bengalis were slaughtered for no reason and we are yet to see any satisfactory action to bring the culprits to justice. Apparently, the only plausible reason can be the fact that they spoke in a language that bothers many at the helm of affairs today. The silence over such a primitive act of slaughtering of innocent lives only portrays a sense of acute indifference to the safety of Bengalis in Assam. My heart goes out to the families of the victims – their mourning, their wailing, their acute pain over the loss of their loved ones have been brushed aside by the “Merchants of Dreams ” who rule the roost in Assam now ”

Parimal Shuklabaidya, Minister, Fishery, Excise, Environment and Forest, Government of Assam, commented on the second anniversary of the Dhola shootings as follows – “Investigation is still going on. It is still not confirmed as to which outfit perpetrated the attack. The Government Of Assam has outrightly condemned by such an attack on innocent people in the past too.”

“The Dhola massacre and the shoddy investigation that followed the killings only reflects the Government’s approach to the plight of Bengalis. In my opinion, there was a political conspiracy behind the Dhola shootings. Such killings are perpetrated to send out a message. It is for the Bengalis to understand what the message was. We haven’t forgotten the killings of Kalipada Sen, Anjan Chakraborty, and many others in the past too. It was always about sending out a message to the linguistic minority of Assam. Bengali killings, over the years, have been naturalized in Assam.”

As the heart-wrenching wails of the family members of the Dhola victims keep echoing in our ears, it should be a moment of deep introspection for the nine million Bengali speaking citizens of Assam. It will not be inappropriate to say that our existence lies beneath the ‘Sword of Damocles’.

The famed “sword of Damocles” dates back to an ancient moral parable popularized by the Roman philosopher Cicero in his 45 B.C. book “Tusculan Disputations.” Cicero’s version of the tale centers on Dionysius II, a tyrannical king who once ruled over the Sicilian city of Syracuse during the fourth and fifth centuries B.C. Though rich and powerful, Dionysius was supremely unhappy. His iron-fisted rule had made him many enemies, and he was tormented by fears of assassination—so much so that he slept in a bedchamber surrounded by a moat and only trusted his daughters to shave his beard with a razor. As Cicero tells it, the king’s dissatisfaction came to a head one day after a court flatterer named Damocles showered him with compliments and remarked how blissful his life must be. “Since this life delights you,” an annoyed Dionysius replied, “do you wish to taste it yourself and make a trial of my good fortune?” When Damocles agreed, Dionysius seated him on a golden couch and ordered a host of servants wait on him. He was treated to succulent cuts of meat and lavished with scented perfumes and ointments. Damocles couldn’t believe his luck, but just as he was starting to enjoy the life of a king, he noticed that Dionysius had also hung a razor-sharp sword from the ceiling. It was positioned over Damocles’ head, suspended only by a single strand of horsehair. From then on, the courtier’s fear for his life made it impossible for him to savor the opulence of the feast or enjoy the servants.

It is important for the Bengalis to see the ‘Sword of Damocles ‘ hovering menacingly over their heads and voice their dissent within the constitutional limits of our country.

With inputs from Biswakalyan Purkayastha.