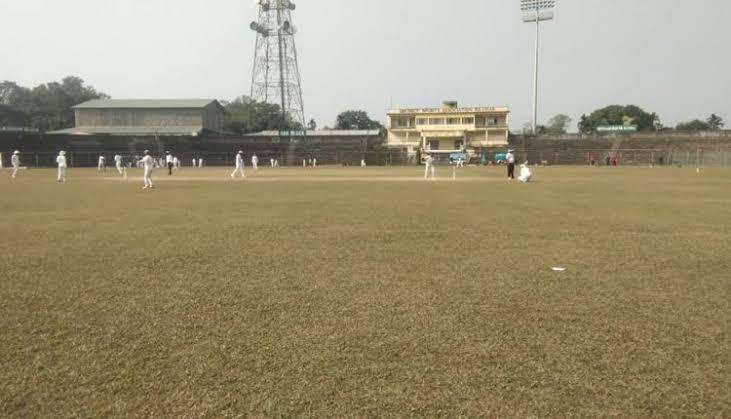 The Udharbond Sports Association (USA) has suddenly found itself under the scanner. The word ‘suddenly’ is quite relevant here, because the association which has been in existence since the early 70s can have no reason to suddenly find itself in the news. Instead, they were supposed to be active all the time through various administrative activities. They were supposed to bring up local talents. The USA was supposed to ensure that local players get a platform and the local club organizations as well. The association was formed decades back with this goal only. That’s what sports associations are supposed to do. However, this hasn’t been the case for the USA for years now. And perhaps due to their own failure, they’ve come under the scanner.

The USA has been dormant for the past few years as a sports association. Whereas they are an approved body of the Silchar District Sports Association (DSA). The USA sends its representatives to every meeting of the Silchar DSA. Yet, the Udharbond Sports Association (USA) has been rendered like an inactive machine for a long time now. Forget about scouting any player, they haven’t been able to organize any committee meeting as well. The USA officials claimed that the association has had a meeting and a committee has also been formed. If this is indeed the case, then why was there no news in the local media? Why was their guardian Silchar District Sports Association was not informed about this? As a Silchar DSA approved association, has the USA presented their account? There are many such other questions as well. But first, one has to understand why the situation has come to this today.

The USA was formed with the objective of overall development of sports in the Udhadbond area. The USA started its journey in the 70s to create a common platform for sports organizations, clubs and sports enthusiasts in Udharbond. Its first President was the late Nikunj Bihari Singh, a prominent player of Udharbond. Arun Demta was the Secretary then. They had formed the USA with a dream in mind. But their successors have failed to live up to their expectations. Such a dignified association has been left dormant for quite some time now. All kinds of activities are at a halt and there’s no enthusiasm seen to even restart everything. Hence, the USA is functioning as a formal body only as of now. But now, due to the USA’s negligence, the sporting community of Udharbond has finally come to the realisation about whatever is going on.

Despite being mute spectators for years, the local sports fans have risen to the occasion to speak up. They have already taken several steps to revive a prestigious organization like the USA. A special meeting was held which was attended by sports enthusiasts from Shalganga, Thaligram, Dayapur and Majhargram areas, including sports organizers, former and current athletes. And everyone present there agreed that the USA needs to be revived. A seven-member ad hoc committee was also formed at that meeting, and it was decided that the USA General Meeting will be held on August 1. Whatever steps have been taken by them till now, everything has been informed to the guardian of the USA which is Silchar DSA. However, those who are holding positions in the USA have not been able to submit any documents to the Silchar District Sports Association so far. And now, it has been heard that they are going to hold a general meeting before August 1. The question is, every association has some rules to follow. There is a deadline for calling a general meeting, which states that if one wants to call a general meeting, it has to be informed at least 15 days or 7 days prior to that meeting date. The question now is, how come the association that had not been able to hold a single meeting for so long suddenly become so active? How valid is the entire process?

Another issue is that the USA is being deliberately associated with the upcoming BGM of the Silchar District Sports Association. However, those who have come forward in the process of reviving the USA do not indulge in such politics. On the contrary, if one does a little research, one will get to know that they are always active in organizing sporting events in Udharbond. And this process involves former players as well as emerging players of the current era. The USA doesn’t have the support of six big clubs like Silchar. So where did the Silchar BGM come in this matter of the USA? All those who have come forward in the process of reviving this association are sports enthusiasts only. And they came forward because they love sports.

Remember that the USA is an association, not a sporting club. Hence, merely organizing one or two tournaments doesn’t complete their work profile. How many players has the USA been able to bring up in the last decade? Or what is the role of the USA in bringing up players who have come from Udharbond or nearby areas? These questions were supposed to be relevant at this moment. But for some unknown reason, they have become irrelevant as of now.

The fact of the matter is that those who are currently sitting in positions of power in the USA have done nothing but just represented themselves in Silchar DSA. This situation has come to this today because they did nothing much else. And now the Udharbond sporting community has had to come forward to save the legacy of the Udharbond Sports Association (USA).