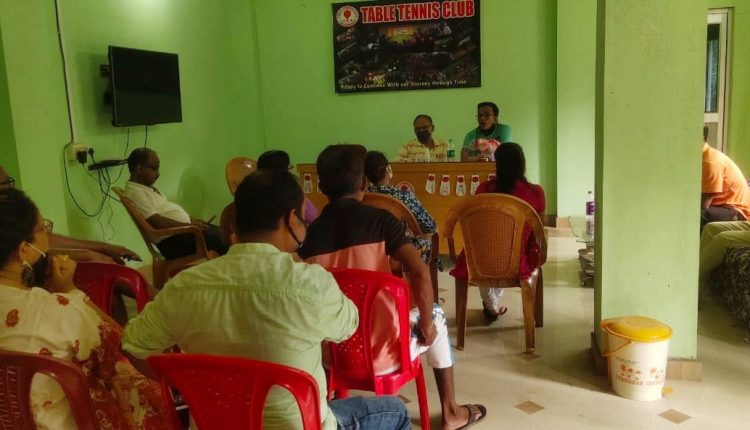 The Corona devastation has obliterated the lives of innumerable people across the globe. This pandemic has even managed to put a halt to all forms of sporting activities for a long time. For almost the last 2 years, local sports have been detailed from its track.

In such a situation, the sports bodies, administration and the players should take this current crisis as a challenge. Keeping in mind that we still have to move forward with Corona around us, the table tennis club in Udharbond is going to organize a special event. A special discussion event will be held on Sunday, September 12, 2021, at 11 am at the Indoor Sports Complex of the Udharbond Table Tennis Club. ‘Sports want to get back on the field after overcoming Corona: What do the people on the field think?’ In this discussion, the TT Club wants to find an alternative path with the representatives of active sports organizations, sports personalities, coaches, sports journalists including the four district sports associations of Barak Valley.

Professor Joydeep Biswas will be the moderator of the discussion. The meeting will mainly be held with administrators, sports personalities, sports coaches and representatives of sports journalists involved in sports associations. The TT Club will try to present the extract from the discussion to the state government at a later date. So that the government could have an idea when making decisions regarding sports in the future. Difficult times demand difficult and bold steps. This is a special initiative that has been taken from that point perspective. The TT Club hopes that this sporting initiative will play an objective role in finding a way for sports in the future.