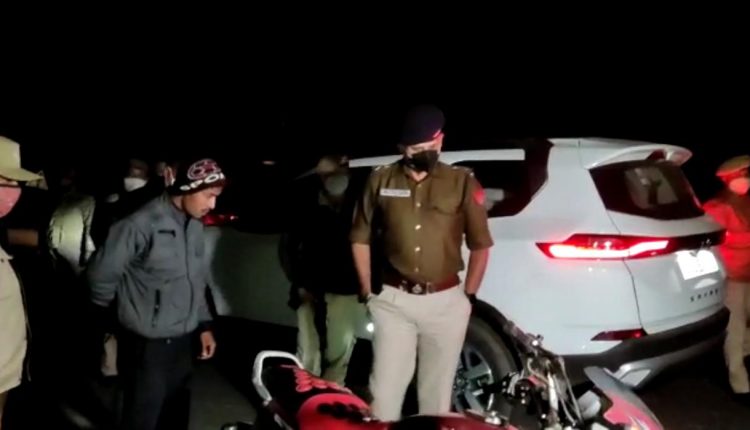 Makar Sankranti has not been very joyous for everyone in the valley, after the death of an eight year old, another shocking news of a gun-fire violence came in from Algapur constituency of Hailakandi where a bike borne individual was shot and left injured. On Friday evening, Masuk Ahmed Barbhuiya, a Hailakandi resident became the target of three miscreants who approached his bike on a Bajaj Pulsar and shot rounds on his abdomen.

If eye witnesses are to be believed, three unidentified miscreants were quarrelling with Masuk Ahmed Barbhuiya, the victim and later shot him with a gun. Before anyone could know what had happened, the three Miscreants fled the spot on their bike. According to a driver who is also an eye-witness, “I was coming from Mizoram when I saw him. He had lost enough blood and fell off his bike. When I asked him what had happened, he said that he was shot. I quickly picked him up and rushed towards Algapur and dropped him in an auto-rickshaw and with the help of other locals we took him to the Hailakandi Civil Hospital. I’ve no idea who he is or who the Miscreants were, before I could do anything they escaped towards Algapur.”

The injured was first taken to a local hospital and later to the Hailakandi Civil Hospital, who in turn referred him to the Silchar Medical College and Hospital for further treatment and is currently undergoing treatment there.