Unions accepting Rs 570 crore relief package has nothing to do with the demand to revive Paper Mills: JACRU

Years have gone by but the plight of the Hindustan Paper Corporation’s (HPC) employees haven’t changed a bit. Although, the National Company Law Tribunal (NCLT), Delhi Branch had earlier rejected the appeal of liquidating the assets of both the Cachar and Nagaon Paper Mills, thereby directing that the HPC “remain a going concern”, it has done little to allay the existential anxiety of the thousands of employees associated with the industry. Now, the Assam Government has offered a sum of Rs 570 crores relief package to the employees of the HPC-owned two paper mills in a meeting held between the government and the representatives of the two paper mills in Guwahati on Monday.

The meeting on Monday was attended by the cabinet ministers of Assam, Chandra Mohan Patowary, Minister of Industry & Commerce, and Pijush Hazarika, Minister of Water Resources, regarding the economic package assured by the Assam government for the HPC employees. The economic relief package proposed by the Assam government happens to be of the figure Rs 570 crores, which includes LIC Premium, bank loan instalments, as well as the remaining pending wages of the employees.

The President of the Joint Action Committee of Reorganized Unions (JACRU), Manabendra Chakraborty said that although the unions have decided to accept the economic package proposed for the HPC employees, the final modalities and preconditions of the aid are yet to be finalized.

“Yes, we did have a meeting with the Assam cabinet ministers Mr. Chandra Mohan Patowary and Mr. Pijush Hazarika regarding the proposed relief package. Although the discussion was quite positive and was done in a cordial atmosphere, the final decision is yet to be made as the discussion is still going on regarding the modalities of the package and how it should be utilized. Nothing has been finalized yet and it will take some time to finalize as the government has also laid down some preconditions attached with the relief package. So we’ll need some time”, said Manabendra Chakraborty. 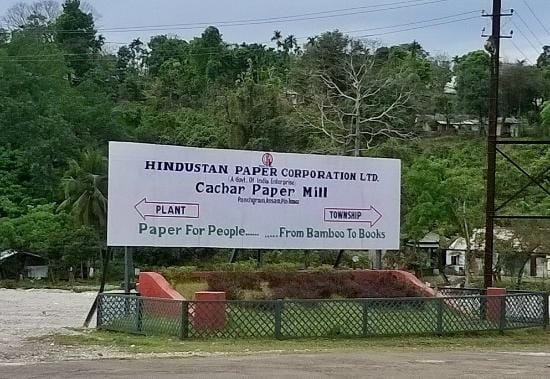 He also said that the result of this agreement between the unions and the government will not hamper their stance on reviving the two HPC-owned paper mills which have gone defunct. “The offer of the relief package has got nothing to do with our demand of reviving the two paper mills of Cachar and Nagaon. Also, the relief package offered by the government doesn’t even cover the entire bill of pending wages, and would only clear dues of at best 24 months. Then there’s another issue of vacating the HPC quarters ordered by the Liquidator, which we still vehemently object to and have already appealed to the government to look into it. We have complete faith in the Judiciary and we’ll stand by the recent order given by the NCLT, Delhi branch to not allow liquidation of the assets of the paper mills”, said the President of the JACRU.

A few days back, Liquidator Kuldeep Verma had sent an eviction letter asking all the employees/workers of the HPC paper mills to vacate their accommodation/quarters occupied by them within 15 days of this notice. This revelation attracted huge flak among the families of the HPC employees and the workers’ unions, and they even went on to the extent of saying that if they want to vacate the quarters of the employees, they would have to do so “over their dead bodies.”