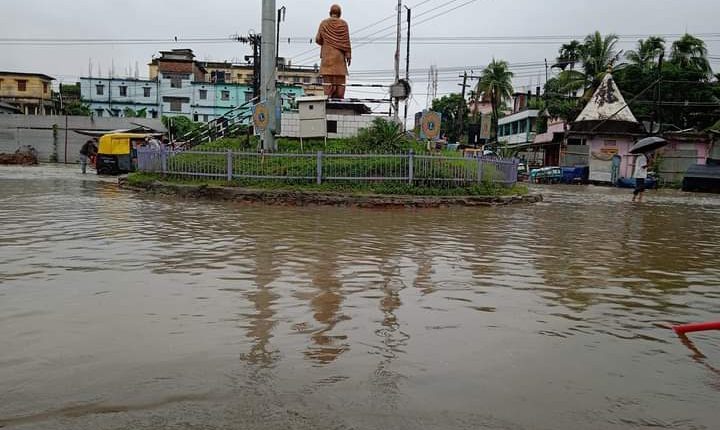 Silchar woke up today with drains on the road. The heavy showers last night clogged the drains and the roads were underwater. Urban flooding is a big issue in Silchar and the mess got exposed yet again today morning.

From New Silchar to Ambicapatty Chowrangee, the rain water flooding was witnessed in several parts of the Silchar town. “I have collected reports from all the areas that got waterlogged. We are now trying to figure what caused the water logging and urban flooding,” said JR Lalsim, Executive Officer of Silchar Municipality.

It has not happened for the first time and is definitely not the last time. The Municipality has launched immediate remedies. “We are pumping the water out of the Ambicapatty Chowrangee area. Our men are at work. Moreover, we are also clearing the blockades to free the drains,” added Lalsim.

Singir Khal and Rangirkhal which are the outlets for most of the drains in Silchar town needs immediate dredging. “There is sedimentation in both the Khals due to which the water level rises and the connecting drains get clogged. Dredging the two Khals will help us improve the drainage,” says JR Lalsim. 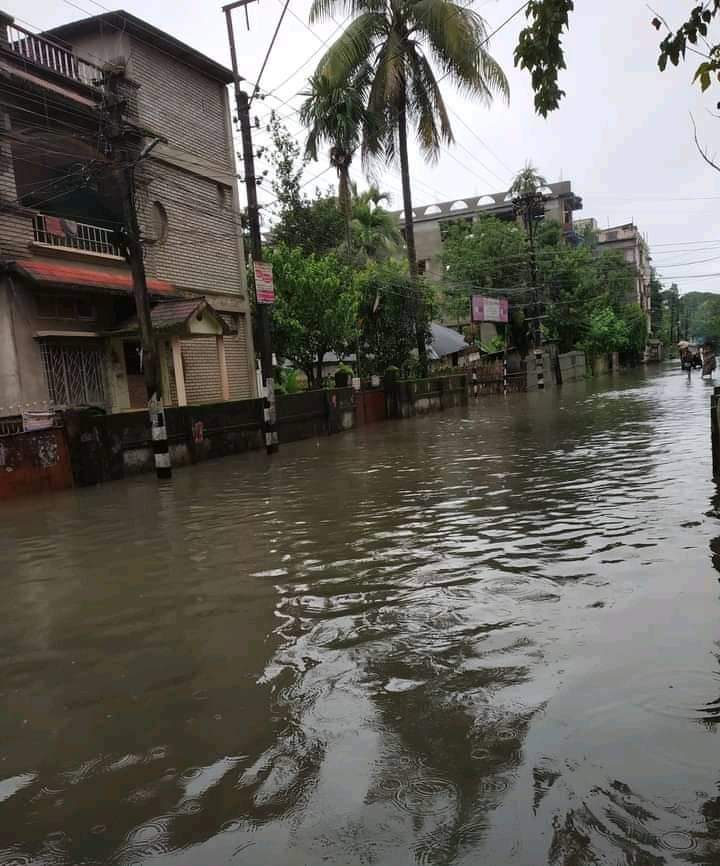 The executive officer of SMB replaced Sumit Sattavan who recently got transferred as the deputy commissioner of Lakhimpur. Sattavan had replaced Niharendra Narayan Thakur who was an elected chairman of the board. The elections of the SMB are awaited. Though the person in charge change the problematic urban flooding remains. “Drains have been encroached, there are people stocking sand at the drains, some have build shops and other construction. This has narrowed the drains further. The situation is such that Silchar needs and immediate eviction drive,” Lalsim adds. 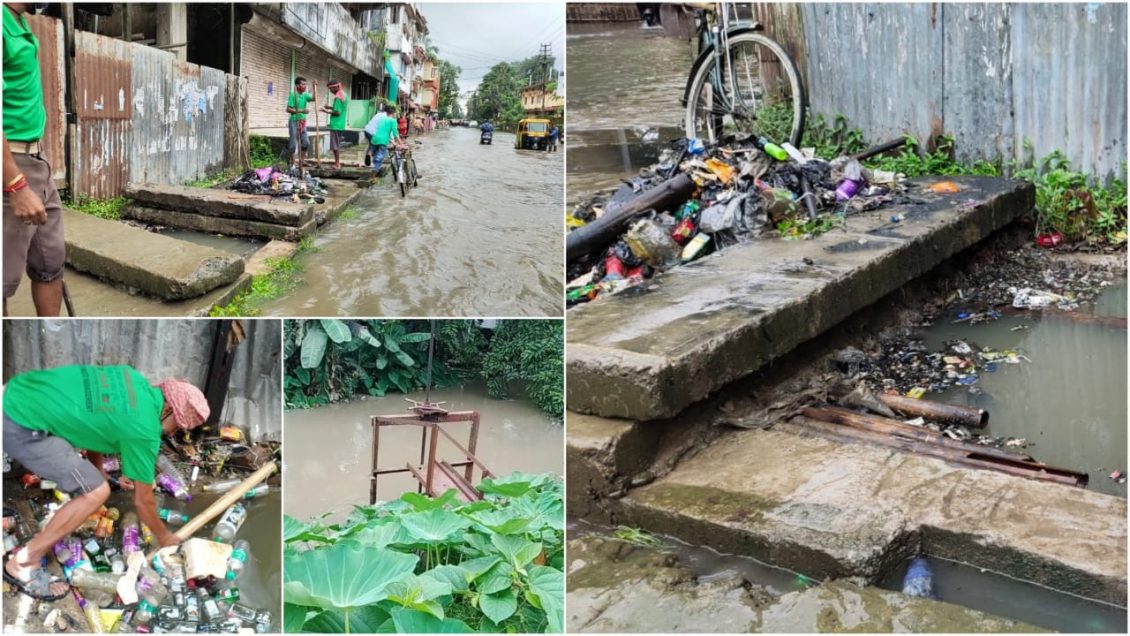 While lack of master drainage system and chocked drains are a big reason why the urban areas get flooded, lack of civic sense add to the problem. As the Municipality Board workers clean drains, most of the garbage point fingers towards the human kind. Packets of chips, polythene bags, wrappers of packaged food clog the drains and it needs no telling who throws them.

The Political class blamed lack of coordination between former MLA Dilip Paul, MP Rajdeep Roy and SMB for turning poll promise – Master Drainage as a disaster. But now, the MLA and MP are from the same unit within BJP. There is no room for lack of coordination. Moreover, the Urban Development Minister of Assam Ashok Singhal is the Guardian Minister of Cachar. Overall, if this does not find a fix now, there is a doubt if it will ever get solved. Also, each time, the city wakes up to flood, the MP and MLA should hold themselves accountable. The slogan of Silchar MLA Dipayan Chakraborty’s election campaign was, “Master Drainage korbe ke, Dipayan Chara ar ke”.