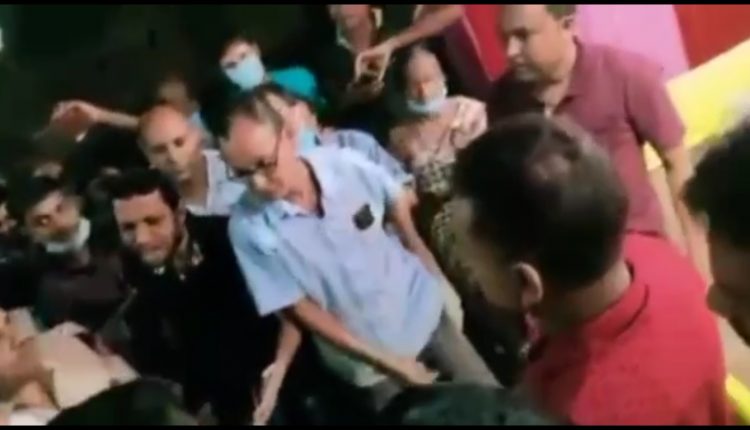 In an unfortunate set of affairs, yesterday evening, a brawl broke inside a pandal in Karimganj’s Nilambazar area. As per available information, three individuals went inside the pandal and engaged into an argument with the locals.

Soon the argument transformed into a brawl and the three visitors, allegedly kicked the earthen-pitchers (sacred ghot) kept in front of the idols. Irked locals started protesting in front of the pandals and an FIR was lodged at the local Police Station.

The officials of the Nilambazar Police Station immediately rushed to spot. Knowing that the brawl is taking a communal shape, the Police deployed officials. At the same time, the police assured that prompt action will be taken against the culprits.

Karimganj Police has also appealed to the general public to not hype the incident and blow it out of proportion. “We have apprehended three individuals involved in the alleged incident. There is no tension in Nilambazar and peace has been restored. It is an one odd incident and we are investigating the matter.”